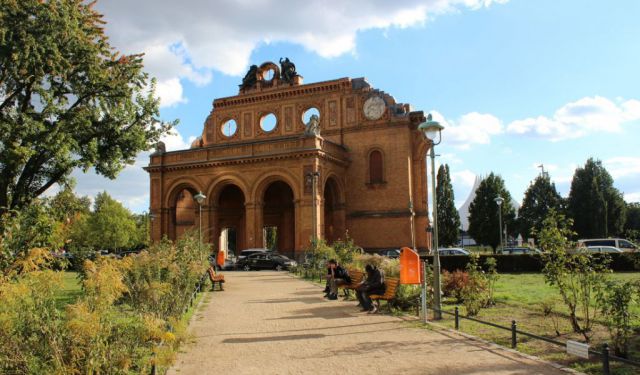 Today, World War II still fascinates people. From trying to understand the Nazi regime to revealing Germany's dark past, visitors flock to Berlin to discover its Third Reich past. And today, many Germans are embarrassed and disgusted with their past, which is why certain events are not memorialized like you would see in America with the Revolutionary and Civil War.

In my opinion, Germans should no longer be ashamed of their past. Since the world cannot turn back time, Germans should be proud of the safe and functioning society they re-built post WW2 and communism.

No matter where you go in Berlin, almost every building, street and site has some sort of historical significance and linkage to the Third Reich and World War 2. If you're searching the past, these are some history-book worthy places to visit in Berlin.

Anhalter is a former railway terminal station turned bunker in WW2. Opened in 1880, it was considered the most-grand train station in the world. People marveled at it's architecture and this "Gateway to the South" station served as the main platforms to get to international cities like Rome, Vienna & Athens. During WW2, Anhalter was one of three train stations to deport Jews to camps. Some 9.600 Jews left this station between 1941-1945. Air bombings demolished the station and this is what is left today. ...... (follow the instructions below for accessing the rest of this article).
This article is featured in the app "GPSmyCity: Walks in 1K+ Cities" on iTunes App Store and Google Play. You can download the app to your mobile device to read the article offline and create a self-guided walking tour to visit the attractions featured in this article. The app turns your mobile device into a personal tour guide and it works offline, so no data plan is needed when traveling abroad.