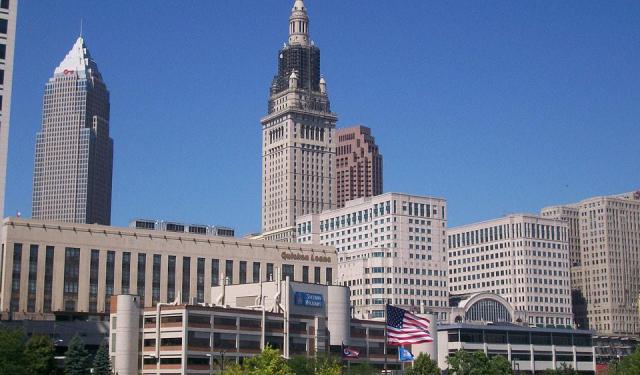 Founded on July 22, 1796, Cleveland originated as a tiny settlement named, "Cleaveland," after leader, General Moses Cleaveland. He created a "New England" style design for what would eventually become Downtown Cleveland. The village of Cleveland was incorporated on December 23, 1814 and eventually annexed as a city in 1854.

With so much history, there is so much to explore and see in Cleveland, despite its downfall of vibrancy between the 1970-1990's. If searching for the historical side of Cleveland, look no further than these architectural delights and landmarks.

Public Square is probably the most prominent spot in downtown Cleveland. It's where the city began with its original plats overseen from Grover Cleveland and still today, remains an integral part of Cleveland's gathering spaces and historical landmarks.

When Cleveland was a village, Public Square was surrounded by log cabins that was replaced overtime by skyscrapers. Today it sits between Cleveland's three highest buildings: Terminal Tower, Key Tower and 200 Public Square. ...... (follow the instructions below for accessing the rest of this article).
This article is featured in the app "GPSmyCity: Walks in 1K+ Cities" on iTunes App Store and Google Play. You can download the app to your mobile device to read the article offline and create a self-guided walking tour to visit the attractions featured in this article. The app turns your mobile device into a personal tour guide and it works offline, so no data plan is needed when traveling abroad.