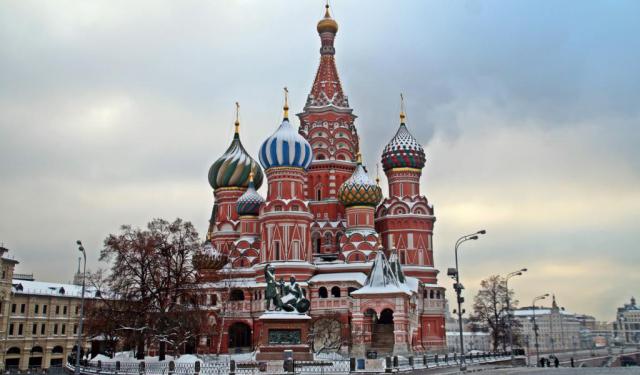 On January 23rd at 11.40 PM, I set off for the capital of the world’s biggest country – Moscow – although *only* for a 21-hour stopover. This was my first taste of Russia, but it definitely won’t be the last. I have many dreams of camping in the Siberian wilderness, visiting the world’s coldest city Yakutsk and travelling from one end of the enormous country to another on the Transsiberian Express.

When I got the opportunity to visit Moscow for some hours on the way to Azerbaijan, I didn’t hesitate! I actually love doing long stopovers and always take the opportunity to explore a new city for the same price as a short airport-only stopover. By doing this, I’ve seen Beijing, Oslo, Bergamo, Toronto and now Moscow!

This time I was lucky to have 21 hours from the time my plane from Copenhagen landed to the time where I had to catch the next one to Baku, Azerbaijan, meaning that I would have plenty of time to explore the city.

I arrived in Moscow at 4 AM, after only 2,5 hours flight, which wasn’t nearly as long as I had hoped! I had planned on sleeping on the plane, but I hadn’t checked how long (short) the flight actually was, so that night was extremely short for me. Still, I survived and made it to Moscow for a day of explorations in thick snow and -9 degrees weather!! ...... (follow the instructions below for accessing the rest of this article).
This article is featured in the app "GPSmyCity: Walks in 1K+ Cities" on iTunes App Store and Google Play. You can download the app to your mobile device to read the article offline and create a self-guided walking tour to visit the attractions featured in this article. The app turns your mobile device into a personal tour guide and it works offline, so no data plan is needed when traveling abroad.