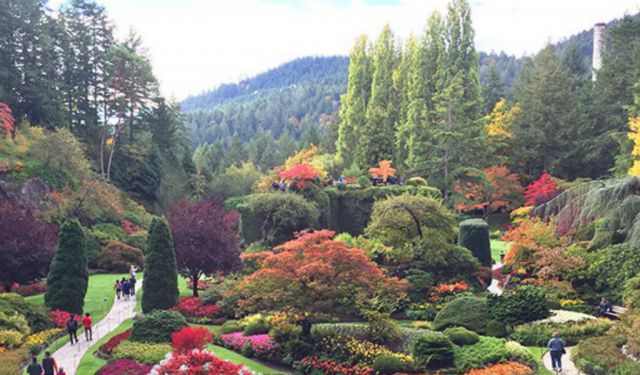 Jake and I don’t take many trips. I guess you could say we’ve been saving it up for “the big one”. When we do travel, it’s mostly been to visit friends or family. Which is wonderful, but sometimes it’s nice to be able to plan a trip for yourselves. So we decided to do something special for our one year anniversary. We chose to visit Victoria BC, as it’s just about as close as you can get while still feeling like you are in an another country. I mean, you are in another country…but it’s Canada, so it’s not that far from the familiar for us. It’s just different enough to be exciting!

The Victoria Clipper is one of the fastest and easiest ways to get from Seattle to Victoria BC. Victoria is on Vancouver Island, so a boat ride is a must. There are other routes to take, like the ferry to Sidney which is also on Vancouver Island, but then you would need to find transportation both to the Anacortes ferry, which is about an hour and a half north of Seattle, and from Sidney to Victoria. The Clipper will take you from downtown to downtown in about two and a half hours. Pretty sweet! ...... (follow the instructions below for accessing the rest of this article).
This article is featured in the app "GPSmyCity: Walks in 1K+ Cities" on iTunes App Store and Google Play. You can download the app to your mobile device to read the article offline and create a self-guided walking tour to visit the attractions featured in this article. The app turns your mobile device into a personal tour guide and it works offline, so no data plan is needed when traveling abroad.