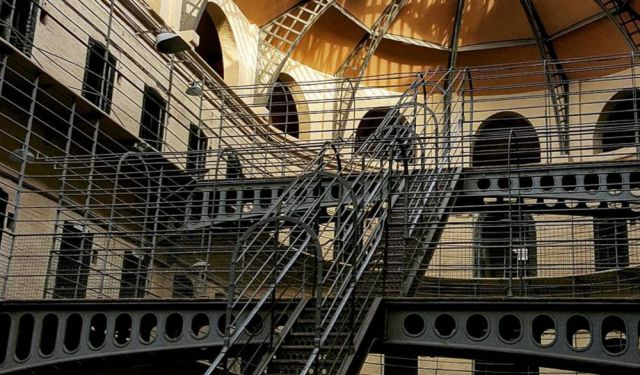 When coming to Dublin as a tourist, pretty much everybody has the same itinerary in mind: drinking their most expensive beer ever in Template Bar, queuing in the rain to see one page of the Book of Kells...

In this post, I want to show you some alternative visits in Dublin that tend to be disregarded by many visitors, but that I always enjoy much more than the typical tourist attractions.

A couple of kilometres west of the city centre, Kilmainham Gaol is a must for many visitors but ignored by many others due to its somewhat far location. It's actually not that hard to get there; it will only take you about 20 minutes by bus (routes 40 and 13 leave every few minutes from College Green, across Trinity College).

This former prison, now a museum, can only be visited following a local guide that will walk you through the most important historical events that took place in Ireland, from the Great Famine that killed one fourth of the population, to the rebels that were imprisoned and executed here in the wake of Ireland's struggle for independence. You can still visit the cells of the 1916 Easter Rising rebels and the courtyard where they were killed by firing squad. A visit that you shouldn't miss if you're spending at least a couple of days in Dublin. ...... (follow the instructions below for accessing the rest of this article).
This article is featured in the app "GPSmyCity: Walks in 1K+ Cities" on iTunes App Store and Google Play. You can download the app to your mobile device to read the article offline and create a self-guided walking tour to visit the attractions featured in this article. The app turns your mobile device into a personal tour guide and it works offline, so no data plan is needed when traveling abroad.