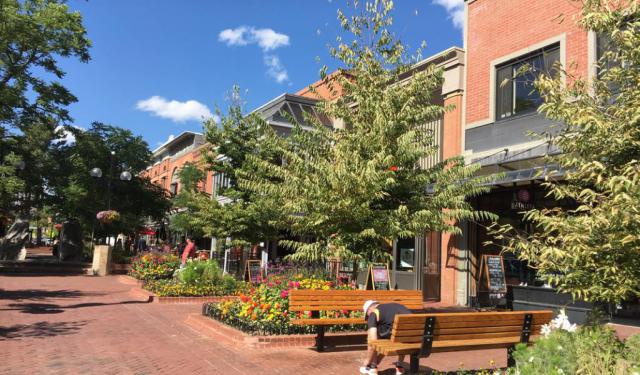 7 Historical Establishments to Visit in Boulder, Boulder, Colorado (B)

Boulder has a long and deep history that comes along way since the pioneer days. Modernism has changed every large city and small town; however, pieces of Boulder's businesses and charms do exist. Here are 7 historical establishments to visit while in Boulder.

This is Boulder's longest standing coffee shop. It originated as a Buddhist bookshop in 1972, and later added the cafe in 1982. In 2011, the shop expanded into publishing and now owns their own publishing house, Trident. Besides selling books, the shop offers book readings as well as other quirky events. During COVID-19, eight longterm employees signed their names on the bottom line, making this an employee-owned bookstore in its forty year history. ​

In 1983, a group of Boulderites led by Sophia Stoller and Mary Axe, went to the Soviet Union in search of establishing a sister-city relationship with a fellow community. Their hopes to establish international peace went against the political mainstream at the time. Throughout their search they established a match with Dushanbe in Tajikistan. The commonalities established this bond as both places were university towns, centers for scientific study, and both surrounded by mountains of similar latitude.  ...... (follow the instructions below for accessing the rest of this article).
This article is featured in the app "GPSmyCity: Walks in 1K+ Cities" on iTunes App Store and Google Play. You can download the app to your mobile device to read the article offline and create a self-guided walking tour to visit the attractions featured in this article. The app turns your mobile device into a personal tour guide and it works offline, so no data plan is needed when traveling abroad.