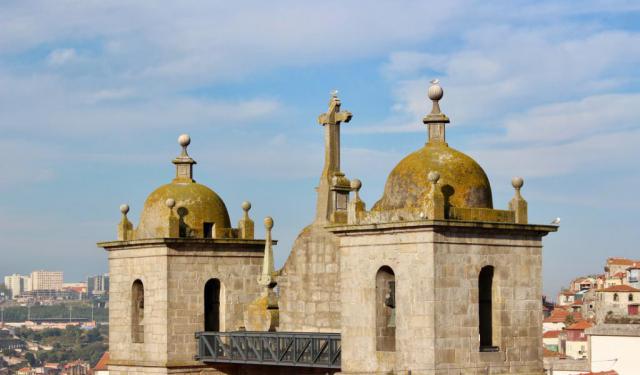 7 of the Most Notable Churches and Cathedrals in Porto, Porto, Portugal (B)

Whether you are looking enlightenment or historical artifacts, Porto features countless places of worship, with 30 main churches to be exact. Services are offered throughout the day with some churches closing during the mid-afternoon. Although Braga is Portugal's religious epicenter, Porto is not too far behind with its religious and spiritual history rooting to the Catholic faith. These are some of the most prominent spots in Porto, so travelers with limited time should make these churches a priority above the rest.

Known as Igreja de Santo António dos Congregados, this Catholic church is adjacent to the Sao Bento train station and a short distance to Porto's main cathedral. Named after Saint Anthony, he was a 12th Century saint from Lisbon who was known for his preachings. Built in the 17th Century, locals used a different chapel in 1662 that was the seat of the Confraria de Santo António de Lisboa, but this construction terminated in 1680. The exterior captivates locals and travelers alike with its traditional blue and white tiles depicting scenes from Saint Anthony's life, which ironically also matches the sky. The Baroque facade also features a statue of Saint Anthony.  ...... (follow the instructions below for accessing the rest of this article).
This article is featured in the app "GPSmyCity: Walks in 1K+ Cities" on iTunes App Store and Google Play. You can download the app to your mobile device to read the article offline and create a self-guided walking tour to visit the attractions featured in this article. The app turns your mobile device into a personal tour guide and it works offline, so no data plan is needed when traveling abroad.

Create Your Own Self-Guided Walks in Porto
Guide Name: 7 of the Most Notable Churches and Cathedrals in Porto
Guide Location: Portugal » Porto
Guide Type: Self-guided Walking Tour (Article (B))
Author: Elizabeth Kovar
Read it on Author's Website: http://www.lemontreetravel.com/blog/-most-notable-churches-cathedrals-in-porto-portugal
Sight(s) Featured in This Guide:
Where To Stay in Porto, Portugal - Guide of Best Areas and Hotels