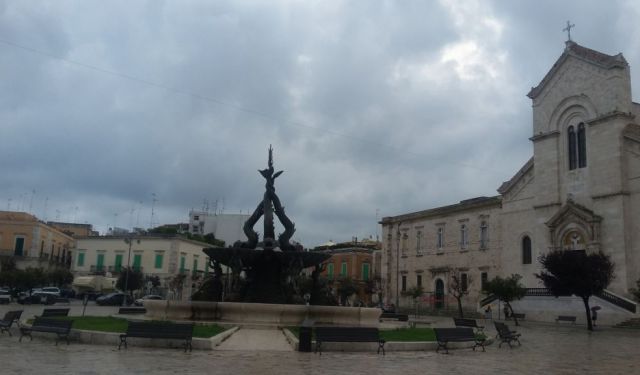 We found ourselves in Bari, simply because it was the port from which we could sail across to Croatia. While we were there though, we enjoyed our time in this southern Italian city. Here are some of our recommendations:

After wandering the quaint streets of the old town of Bari, take a moment to visit Santa, or more accurately visit the tomb of Saint Nicholas (yes, sorry kids, Santa died a long time ago!). Now one of the most popular attractions of Bari, the real “Santa” rests in a crypt under Basilica di Nicola. Legend has it, that the bodily fluids the corpse still emits have a miracle effect (it can also be bought in the souvenir shop outside the church, make of that as you please!).

As the patron saint of sailors, fishermen, children, merchants, thieves, wolfs, Russia and pawnbrokers, St. Nicholas was a popular guy. So popular in fact, that the Italians felt obliged to steal (or save as they perceived it) his bones from their original burial ground in Turkey. After the Greek monks guarding the tomb refused to sell them the bones, the Italians stole them and fled back to Bari, where the bones now reside. ...... (follow the instructions below for accessing the rest of this article).
This article is featured in the app "GPSmyCity: Walks in 1K+ Cities" on iTunes App Store and Google Play. You can download the app to your mobile device to read the article offline and create a self-guided walking tour to visit the attractions featured in this article. The app turns your mobile device into a personal tour guide and it works offline, so no data plan is needed when traveling abroad.