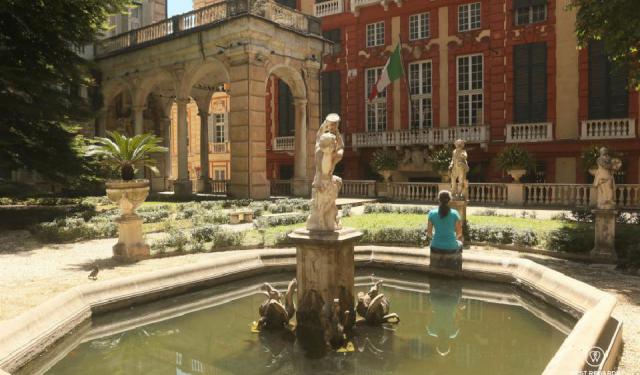 With about 1.5 million inhabitants, the capital of Liguria, squeezed between the Gulf of Genoa and the mountains, is the 5th city of Italy and the busiest of the Mediterranean Sea extending for 15 kilometres along the coast. Off the beaten path destination more known today for its industrial and logistic sides than for its tourist attractions, Genoa was nicknamed La Superba when it used to rule as one world’s most powerful Maritime Republics. Known since the Middle-Ages for its ability to navigate the seas, to build alliances and to develop trade networks, Genoa had greatly developed as Europe’s main port and financial centres. Today, its past wealth emanates from its no less than 140 palaces built by its ruling families, its many richly adorned churches and its art collections. From the palaces, narrow and dark medieval streets, called caruggi, lead to the Ligurian Sea, composing the largest medieval historical centre in Europe after Venice. Genoa is an authentic city that fascinates by its many layers and contrasts and that is definitely worth spending time discovering. ...... (follow the instructions below for accessing the rest of this article).
This article is featured in the app "GPSmyCity: Walks in 1K+ Cities" on iTunes App Store and Google Play. You can download the app to your mobile device to read the article offline and create a self-guided walking tour to visit the attractions featured in this article. The app turns your mobile device into a personal tour guide and it works offline, so no data plan is needed when traveling abroad.