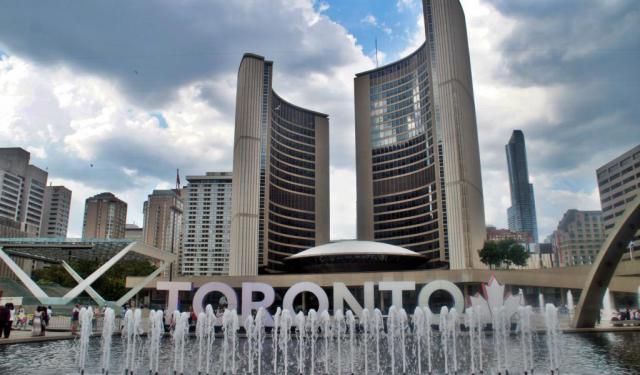 8 Hours in Toronto, Toronto, Canada (B)

We left Copenhagen at 11 AM on a Wednesday morning, August 9th. Amanda and I were off on a trip of our dreams to the US, where we would drive the Route 66 and watch a total solar eclipse in Illinois. But our first stop was actually in Canada, in the city of Toronto. When we were booking our flight tickets, we saw that it was possible to have an 8-hour stopover in Toronto on the way from Copenhagen to Los Angeles, which would be just enough time to get to the city center and explore it for a few hours. As the explorers we are, we decided to book it. So off we were to Canada, my 59th country! I know that I probably shouldn’t count Canada, since I haven’t seen anything but the center of Toronto, but I’ve still seen something, so in my book, it counts. Also, I KNOW that I will be coming back to Canada! There’s so much that I want to explore there, so I’ll probably come back soon. It’s at the top of my travel wishlist!

At 1 PM, we were finally in Toronto. An hour later, after going through customs, and taking a train for 25 minutes, we were in the very center of the city! Skyscrapers were towering above us and we quickly got a neck ache for looking up so much! ...... (follow the instructions below for accessing the rest of this article).
This article is featured in the app "GPSmyCity: Walks in 1K+ Cities" on iTunes App Store and Google Play. You can download the app to your mobile device to read the article offline and create a self-guided walking tour to visit the attractions featured in this article. The app turns your mobile device into a personal tour guide and it works offline, so no data plan is needed when traveling abroad.