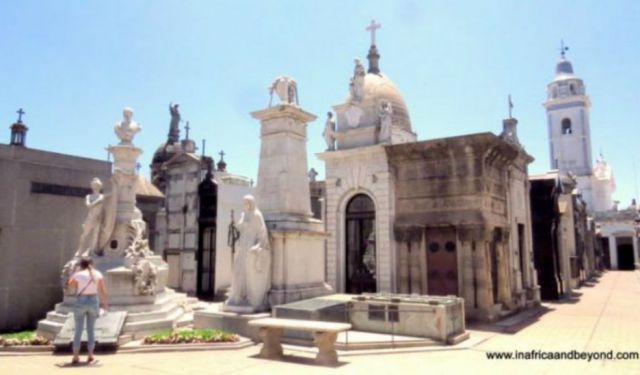 During my trip to South America, I spent 3 nights in Buenos Aires. On the first evening that we arrived, we visited South African friends who live there and had invited us for dinner. The following day, we took a ferry to Colonia del Sacramento, Uruguay and spent the day there. This left us with approximately 36 hours to explore Buenos Aires before we hopped onto an 18-hour flight to Dubai. Not much time to explore one of the largest cities in the world! To save time, we did a half-day city tour which we booked through our hotel. We spent the rest of the time exploring the places not covered by our city tour, using Uber.

Buenos Aires is a beautiful city, often called the Paris of South America for its cosmopolitan atmosphere, tree-lined boulevards and European heritage. In the early 20th century, it was one of the worlds most affluent cities. I found that it shared similarities with other cities I’ve visited as well. Unlike many other cities though, it doesn’t have a long list of sights and attractions to tick off. It is a city best explored by walking through the different neighbourhoods. If it’s your first time there, these are my suggestions on what you should not miss. ...... (follow the instructions below for accessing the rest of this article).
This article is featured in the app "GPSmyCity: Walks in 1K+ Cities" on iTunes App Store and Google Play. You can download the app to your mobile device to read the article offline and create a self-guided walking tour to visit the attractions featured in this article. The app turns your mobile device into a personal tour guide and it works offline, so no data plan is needed when traveling abroad.