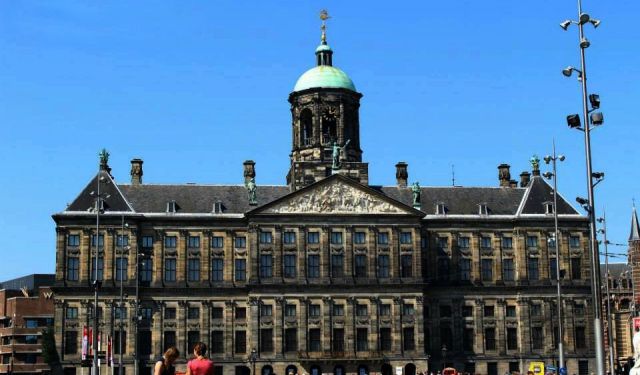 Every city in Europe is special and unique, offering glimpses into the past of that town’s history. Amsterdam, the capital of the Netherlands has such special characteristics that truly make it one of a kind. The name “Amsterdam” actually derives from several floods in 1170 and 1173 on the Amstel river. After the floods, the residents built a bridge dam over the river, therefore, creating the name which we know today.

What truly makes Amsterdam so special is that there are over 100 kilometers of canals, 90 islands and 1,500 bridges throughout the entire city which was designed in the 17th century. The city of Amsterdam took into consideration of an ever growing population and therefore, strategically planned and dug the three main canals,Herengracht, Keizersgracht and Prinsengracht in the shape of a half circle, as well as a strategic fourth military canal. Over time, the population steadily increased and expanded into the neighboring areas.

So, while this all sounded incredibly enticing, I couldn’t pass up an opportunity to visit a friend, Michelle from Confessed Travelholic who is currently doing her dream internship in the Netherlands. So, Hans and I, already had a vacation booked for Aachen, Germany and surrounding towns, we decided to tack on a couple of extra days to drive up to see Michelle and of course, the Netherlands. ...... (follow the instructions below for accessing the rest of this article).
This article is featured in the app "GPSmyCity: Walks in 1K+ Cities" on iTunes App Store and Google Play. You can download the app to your mobile device to read the article offline and create a self-guided walking tour to visit the attractions featured in this article. The app turns your mobile device into a personal tour guide and it works offline, so no data plan is needed when traveling abroad.