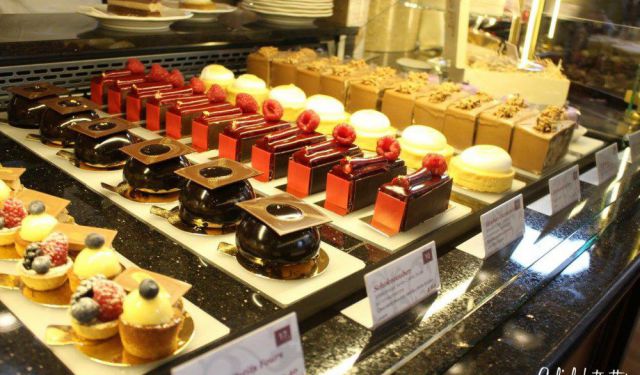 A Delicious Guide for Coffee & Cake in Vienna, Vienna, Austria (B)

Before you go to Vienna, you should be forewarned, there will be A LOT of coffee and cake breaks as this tradition is and has been a large part of Viennese culture dating as far back as 1683. This tradition is so ingrained into the culture that UNESCO has declared it as an “Intangible Cultural Heritage” since 2011. And seeing as it was my birthday, what better way to eat my cake! Legend has it that while Vienna was being liberated from the second Turkish siege in 1683 by the Polish-Habsburg army, a sack was found with strange beans, which were thought to be camel feed that should be burned. The sacks were given to an officer named Jerzy Franciszek Kulczycki who supposedly started the first coffee house. However, facts stated that the first coffee house was actually opened the year before. But, the legend continues that after a bit of experimentation, Kulczycki added some sugar and milk to the coffee and thus began the Viennese coffee tradition.

When visiting a coffeehouse, you will be transported to another time and place, more specifically, towards the end of the 19th century. Viennese cafes are known for their opulent fin de siècle decor, severs decked out in formal, pressed uniforms and freshly brewed coffees. ...... (follow the instructions below for accessing the rest of this article).
This article is featured in the app "GPSmyCity: Walks in 1K+ Cities" on iTunes App Store and Google Play. You can download the app to your mobile device to read the article offline and create a self-guided walking tour to visit the attractions featured in this article. The app turns your mobile device into a personal tour guide and it works offline, so no data plan is needed when traveling abroad.