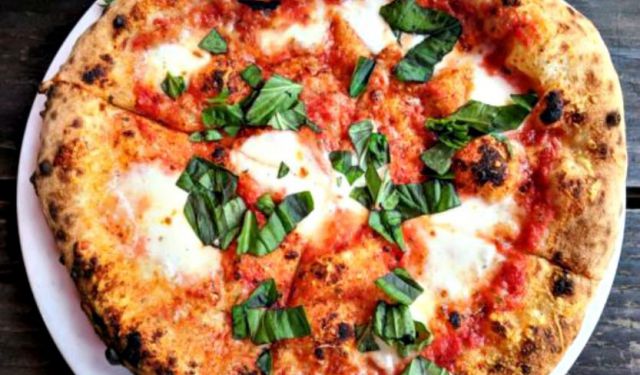 Portland wears its politics on its sleeve. Black Lives Matter placards crop up on front lawns every other block. Bernie Sanders 2016 stickers are still proudly displayed on car bumpers. Portland even has bike lanes and pavements – it’s nothing like the America I know from the Deep South. And they’ve got all classy about weed and strip joints, in a way that Amsterdam’s never quite managed. But still: bikes, weed, strippers and socialism – it’s hardly surprising that many people describe Portland as being to the States what Amsterdam is to Europe. It’s also hardly surprising that I felt right at home during the 10 days I was there. And that’s before I even got started on the eating bit…

bikes, weed, strippers and socialism – it’s hardly surprising that many people describe Portland as being to the States what Amsterdam is to Europe

Food in Portland is a serious business. As is coffee. And beer. The Portlanders (not Portlandians, as I kept calling them) have made fantastic food fantastically affordable. Of course, you can go out and spend a lot of money (especially if you drink wine) but the city does cheap eats particularly well. Not least because the food truck scene here is HUGE – Portland is home to dozens of so-called food cart pods throughout the city, where you can eat spectacularly for around €10. A huge number of Portland’s restaurants also offer Happy Hours – some of which run from midday till as late as 7 pm – during which you can score hefty discounts on a smaller menu of food and drinks. If you’re on holiday (especially if you have European jetlag), you can easily bar-hop your way through an entire afternoon just by hitting the Happy Hours. ...... (follow the instructions below for accessing the rest of this article).
This article is featured in the app "GPSmyCity: Walks in 1K+ Cities" on iTunes App Store and Google Play. You can download the app to your mobile device to read the article offline and create a self-guided walking tour to visit the attractions featured in this article. The app turns your mobile device into a personal tour guide and it works offline, so no data plan is needed when traveling abroad.