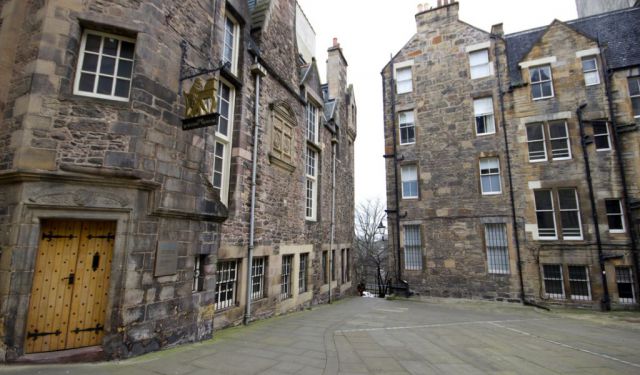 A Literary Tour of Edinburgh: A Book Lover's Haven, Edinburgh, Scotland (B)

Edinburgh, a literary landscape, is a city for book lovers. As a UNESCO World City of Literature, Edinburgh’s literary history has no shortage of book-related landmarks, museums, bookshops and notable coffee shops where authors made a special appearance. This literary tour will walk through some of the most historical sites and places known to the famous Scottish poets, writers and authors.

Sir Walter Scott was a popular Scottish poet, novelist, playwright, historian and biographer. In the mid 1790’s, Scott became interested in German Romanticism, Gothic novels and Scottish ballads. In 1796, he published his first pieces, The Work and William and Helen, a translation of German Romantic Balladeer G.A. Bürger. Scott became one of Scotland’s most profound poets and writers using strands of novel-writing techniques, which he fused with his interest in Scottish history and antiquarian lore. Scott died in 1832, and the city congregated to agree on a monument dedicated to this prolific writer. In 1836, the city launched an architectural competition and what you see today are the results from George Meikle Kemp’s winning bid. ...... (follow the instructions below for accessing the rest of this article).
This article is featured in the app "GPSmyCity: Walks in 1K+ Cities" on iTunes App Store and Google Play. You can download the app to your mobile device to read the article offline and create a self-guided walking tour to visit the attractions featured in this article. The app turns your mobile device into a personal tour guide and it works offline, so no data plan is needed when traveling abroad.