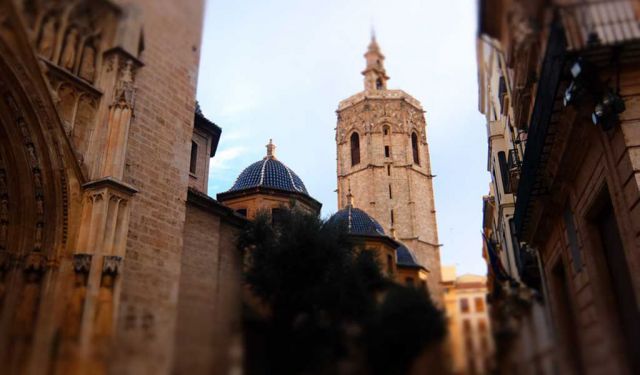 A Look-Back to Valencia Part 1: The City Full of History, Valencia, Spain (B)

Traveling to Spain is like going to paradise for me, I cheer up every time I visit there. Maybe it is because I can find everything that I like in Spain… So far I have already been to Madrid and Barcelona, and recently Valencia. I enjoyed all the cities but I think Valencia is special because it offers many great things all in one place. In Valencia you can experience history, art, delight, warm and healthy Mediterranean life at the same time…I am especially impressed by the traces of history when wandering around the city. Click here for an earlier post about Paella in Valencia.

Valencia is a city rich with its multicultural history. Originally Romans established Valencia in 138 BC, Visigoths took over the city in the 6th century and stayed until the Arab invasion which happened in 718. Arabs managed to keep the city for a long time until the 13th century. The city was only invaded by El Cid for a while however Arabs managed to take Valencia back from El Cid in a short time. ...... (follow the instructions below for accessing the rest of this article).
This article is featured in the app "GPSmyCity: Walks in 1K+ Cities" on iTunes App Store and Google Play. You can download the app to your mobile device to read the article offline and create a self-guided walking tour to visit the attractions featured in this article. The app turns your mobile device into a personal tour guide and it works offline, so no data plan is needed when traveling abroad.

Create Your Own Self-Guided Walks in Valencia
Guide Name: A Look-Back to Valencia Part 1: The City Full of History
Guide Location: Spain » Valencia
Guide Type: Self-guided Walking Tour (Article (B))
Author: Begum Erten-uyumaz
Read it on Author's Website: http://tastentravel.beuyumaz.com/history-of-valencia/
Sight(s) Featured in This Guide:
Where To Stay in Valencia, Spain - Guide of Best Areas and Hotels