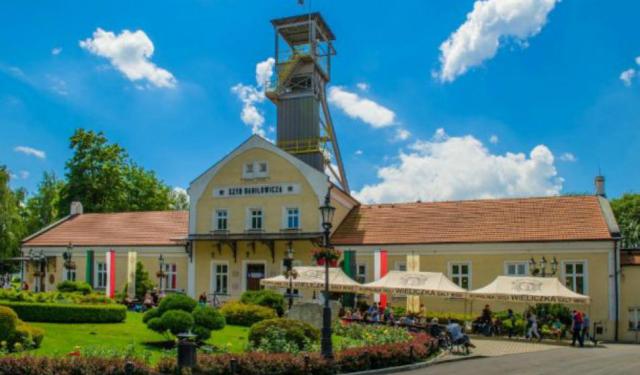 A Visit to Wieliczka Salt Mine, Wieliczka, Poland (B)

Never again will I think that a salt mine is just a long tunnel in the ground. When our Polish friends told us we were going to a salt mine, I was not sure what to expect. Somewhere in the back of my mind, I was a little disappointed. My thoughts were along the line of what is so special about a salt mine? We had just been engulfed by the magnificence of the Krakow Old Town, and Wawel Castle. We were still bathing in the grandeur, history, architecture and beauty of Krakow. A salt mine was bound to be a letdown. I was hoping it was much more than just a tunnel into the earth and WOW I was not disappointed by the Wieliczka Salt Mine. Looking back on our visit this site is one of the true gems of Europe and somewhere I really want to visit again on our future journeys.

What a surprise it was when we got to Wieliczka Salt Mine. We can now see why it’s one the major Krakow tourist attractions

Wieliczka Salt Mine is a UNESCO World Heritage site and was placed on the list in 1974. The site was proclaimed a Historical Monument by the President of the Republic of Poland in 1994. The Wieliczka Salt Mine started operation in the 13th Century and the mine continued operation until 1996. It only closed due to the low price of salt. UNESCO has declared that The “Wieliczka” Salt Mine is one of the most valuable monuments of material and spiritual culture in Poland. The mine is featuring among twelve objects on the UNESCO’s World Cultural and Natural Heritage List. ...... (follow the instructions below for accessing the rest of this article).
This article is featured in the app "GPSmyCity: Walks in 1K+ Cities" on iTunes App Store and Google Play. You can download the app to your mobile device to read the article offline and create a self-guided walking tour to visit the attractions featured in this article. The app turns your mobile device into a personal tour guide and it works offline, so no data plan is needed when traveling abroad.