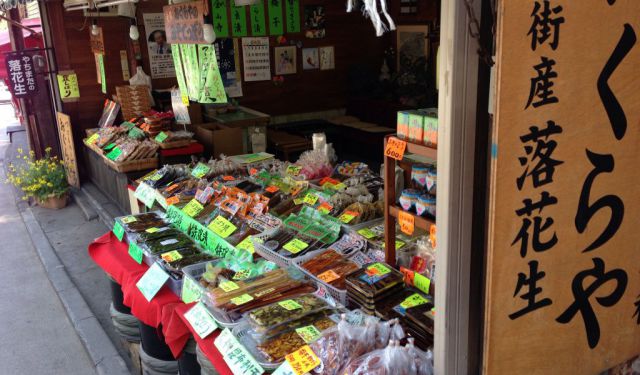 On my way from Palau to Bangkok, I had an 8 hour layover in Narita, Japan. As such, I took the opportunity to check out the city, a 10 minute train ride from the airport. As many mentioned on TripAdvisor, it was worth a visit. Despite the reviews, I wasn’t exactly sure what to expect of the city. Would it be close enough to the airport, that with all the visitors, English would be prominent? Or would it be so small that Japanese would be the only language?

I was quickly finding out, that even in the airport, English was broken at best. I asked the volunteer to point me in the direction of the ATM. She responded, “ATM Machine?…I don’t speak English”. She reaches for her binder, turns toward the page with the ATM machine question, and points at the answer. I could only wonder how I was going to make it on the train and around Narita given the extra data plan I had paid for with AT&T wasn’t working. So much for a map!

Luckily the information desk at the airport had a map. In addition, I asked the ticket lady what stop Narita was on the Keisei Line. This proved important since there wasn’t a map or announcements on the train! It was the second stop. ...... (follow the instructions below for accessing the rest of this article).
This article is featured in the app "GPSmyCity: Walks in 1K+ Cities" on iTunes App Store and Google Play. You can download the app to your mobile device to read the article offline and create a self-guided walking tour to visit the attractions featured in this article. The app turns your mobile device into a personal tour guide and it works offline, so no data plan is needed when traveling abroad.