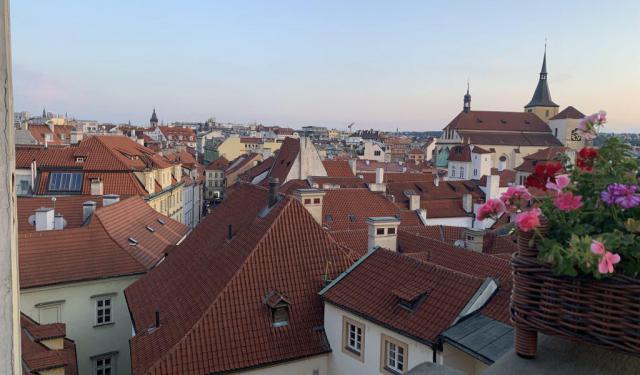 A Weekend in Prague, Prague, Czech Republic (B)

They say the city of romance is Paris but I believe it truly is Prague! The capital and largest city of the Czech Republic, this sparkling city situated on the Vlatva river is a political, cultural and economic center of central Europe. It is the 14th largest city in the European Union and the historical capital of Bohemia. You’ll find influence by the Gothic, Renaissance and Baroque eras in this charming city and will get lost wandering in its fairytale streets. Your dollar will still go a long way in Prague so take advantage of this while you can (read: many Czech beers)!

Given Prague’s temperate oceanic climate with relatively warm summers and chilly winters, you’ll want to visit in early Fall in order to take advantage of the temperate climate while beating the summer crowds! Prague is known for its extreme brutally cold winters to hot hot summers and the weather is pleasant in between in the spring and fall months. Snow is rare in the city, but it can happen!

Vaclav Havel Prague Airport is the international airport of Prague, approximately 17 kilometres north of the city. All international flights arrive at this airport and there are no other civil airports in Prague (although Prague ahs three smaller airports and several landing areas for helicopters). An uber ride is approximately 25-30 minutes into the center of town and will run you around $30 USD. ...... (follow the instructions below for accessing the rest of this article).
This article is featured in the app "GPSmyCity: Walks in 1K+ Cities" on iTunes App Store and Google Play. You can download the app to your mobile device to read the article offline and create a self-guided walking tour to visit the attractions featured in this article. The app turns your mobile device into a personal tour guide and it works offline, so no data plan is needed when traveling abroad.