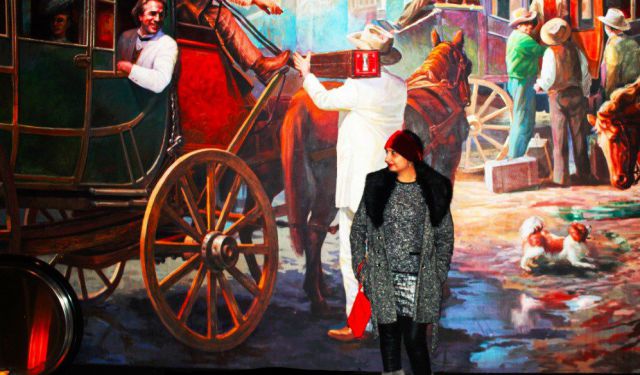 Located on the southern Atlantic shore in New Jersey state is Atlantic City which is popularly known for being the home of the Miss America contest as well as a poor man’s Las Vegas, with its pristine awe-inspiring Atlantic beach, the bustling boardwalk, towering resort hotels and casinos.

Atlantic City was on my bucket list for so long of exploring all the major cities on the East Coast and finally, I got an opportunity to visit there during these Christmas holidays.

On Christmas day, I went to see the Rockefeller’s Center Big Christmas tree in NYC. I’ve to admit that I saw the wildest crowd behaving like cattle, pushing and pulling from every side. I was sandwiched between so many big and small people but that is the buzz of the holidays in New York City. You shouldn’t complain but enjoy it!

I was expecting the same energy on the very next day of the Christmas at the Atlantic City. I went there with a group of my old friends from Burlington city to see what the party city of the East Coast had to offer? It was an hour drive. We started at 7:00 PM and reached Atlantic City Boardwalk around 8:15 PM. As we reached the Boardwalk, I couldn’t see a single soul except four of us. I couldn’t believe my eyes! I was under the assumption that majority of the popular cities in the United States are in the festive mood during the holiday season. There’s festivity in the air everywhere but Atlantic City completely changed my perception. Most of the shops and restaurants on the boardwalk were closed. I couldn’t believe that the party city of the East Coast would be so dull and doomed during the most magical time of the year! ...... (follow the instructions below for accessing the rest of this article).
This article is featured in the app "GPSmyCity: Walks in 1K+ Cities" on iTunes App Store and Google Play. You can download the app to your mobile device to read the article offline and create a self-guided walking tour to visit the attractions featured in this article. The app turns your mobile device into a personal tour guide and it works offline, so no data plan is needed when traveling abroad.