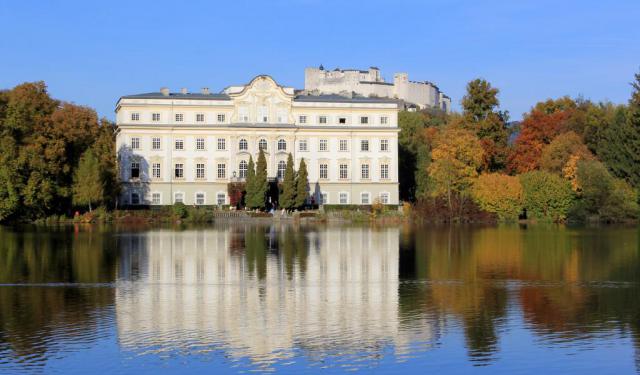 Austria: The Ultimate Sound of Music Tour of Salzburg, Salzburg, Austria (B)

This summer Wandering Kiwi Jr and I fulfilled a dream. We are both huge Sound of Music fans – me from childhood and, well, she is a child – so we decided to indulge our inner von Trapp and experience the ultimate Sound of Music trip to Salzburg.

I’ve been to Salzburg several times before and enjoyed the many delights of this exquisite, cultural Austrian city including Christmas markets and foodie delights. But this time it was all about this legendary film. To my surprise Mr Wandering Kiwi wanted to join us. He is a latecomer to the delights of the Sound of Music but declared himself enough of a fan to want to tour Salzburg… singing.

One thing you need to realise before you embark on the ultimate Sound of Music experience in Salzburg is that Austrians aren’t really that into the Sound of Music. In fact you might notice that local people tend to roll their eyes when you mention the film and grumble about the coach tours blocking traffic.

However, in more recent years Salzburgers have got more on board with the phenomenon and in 2016 there were even a few events to celebrate the 50th anniversary of the Sound of Music. ...... (follow the instructions below for accessing the rest of this article).
This article is featured in the app "GPSmyCity: Walks in 1K+ Cities" on iTunes App Store and Google Play. You can download the app to your mobile device to read the article offline and create a self-guided walking tour to visit the attractions featured in this article. The app turns your mobile device into a personal tour guide and it works offline, so no data plan is needed when traveling abroad.