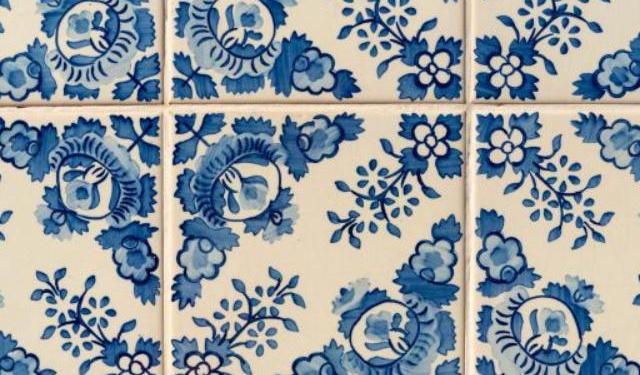 You could easily mistake the colorful buildings of Porto for just brightly painted buildings, but upon closer inspection, you realize they are covered in thousands of detailed tiles or azulejos. Azulejo is the name for the painted tin-glazed tiles you see in Portugal. Porto seemed practically covered in azulejos.

Azulejo comes from the Arabic word az-zulayj, which means polished stone. The earliest known azulejo tiles come from the 13th-century. You can see many of these in Seville and the Alhambra in Spain. The early tiles were one color and cut in distinctive shapes to create patterns. Many of these reflect the Arab love geometric patterns and colors.

King Manuel I of Portugal saw the tiles in 1503 while on a visit to Seville and he brought back the idea to Portugal. You can see early examples of this in Sintra, Portugal at the National Palace.

In the second half of the 17th-century, the azulejos started to have a blue and white theme that was influenced by the Netherlands. These tiles were imported, but that all changed when imports of azulejos were banned. This led to the Portuguese making their own tiles. ...... (follow the instructions below for accessing the rest of this article).
This article is featured in the app "GPSmyCity: Walks in 1K+ Cities" on iTunes App Store and Google Play. You can download the app to your mobile device to read the article offline and create a self-guided walking tour to visit the attractions featured in this article. The app turns your mobile device into a personal tour guide and it works offline, so no data plan is needed when traveling abroad.