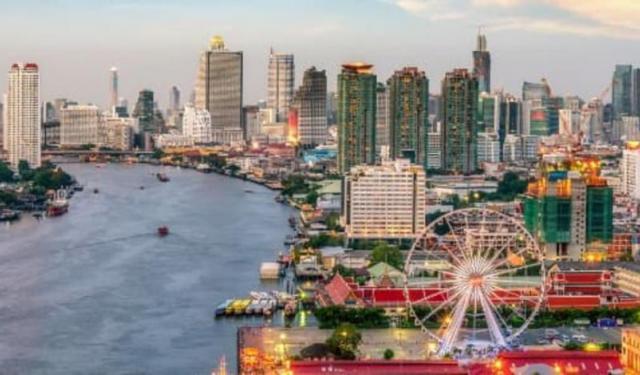 Bangkok City – A Brilliant Place to Visit this Year, Bangkok, Thailand (B)

The first ruler of the current Chakri Dynasty built Bangkok city in 1782. It’s now the spiritual, economic, and educational center of the country, home to over ten million people, or more than 10% of the Thai population.

Bangkok city is called Krung Thep in Thai, meaning the City of Angels. It’s an exhilarating, high-energy melting pot where east and west collide. With its bustling expressways, dramatic buildings, and designer-filled retail malls, this vibrant metropolis has embraced technology and modern life. Despite this, it remains a traditional sanctuary of culture, history, and time-honored customs, where elders are revered and family always comes first.

As you travel from the airport, you’ll notice several instances of contemporary architecture dotting the cityscape, including gleaming Buddhist Wats (temples) like Wat Phra Kaew and The Grand Palace. Snaking through the concrete jungle, you’ll see vestiges of old Bangkok below you, including ancient canals and rivers worth exploring on a boat ride. ...... (follow the instructions below for accessing the rest of this article).
This article is featured in the app "GPSmyCity: Walks in 1K+ Cities" on iTunes App Store and Google Play. You can download the app to your mobile device to read the article offline and create a self-guided walking tour to visit the attractions featured in this article. The app turns your mobile device into a personal tour guide and it works offline, so no data plan is needed when traveling abroad.