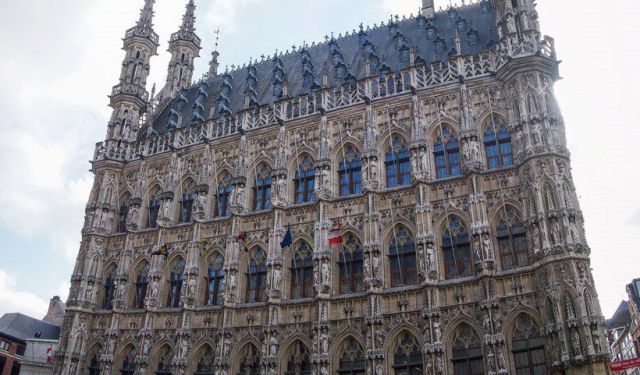 Belgium Under the Radar – Leuven, Leuven, Belgium (B)

Maybe it would be good to start by saying that Leuven should be on top of everyone’s list when visiting Belgium. The spectacular town hall alone is worth a visit. There’s so much to see and do, and drink and eat; it’s kind of ridiculous.

For example, the city is home to AB InBev (I’ve mentioned them earlier, in the post about Dinant), the largest brewing company in the world. They’re the ones that brew Stella Artois – close to the train station in Leuven – and they also own Budweiser, Corona, Beck’s and Brahma. I just think that’s extremely cool.

What makes the city even cooler is the fact that the University of Leuven is the largest and oldest university in the Low Countries and the oldest still existing Catholic university in the world. 90,000 people live in Leuven, 25,000 of which are students. So… that’s the world’s largest brewer of beer and a big student population in a relatively small city. That’s just asking for fun! I know what I’m talking about; I studied there too. ...... (follow the instructions below for accessing the rest of this article).
This article is featured in the app "GPSmyCity: Walks in 1K+ Cities" on iTunes App Store and Google Play. You can download the app to your mobile device to read the article offline and create a self-guided walking tour to visit the attractions featured in this article. The app turns your mobile device into a personal tour guide and it works offline, so no data plan is needed when traveling abroad.