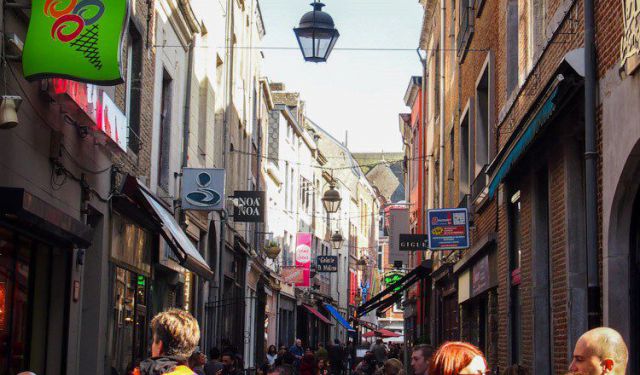 Belgium Under the Radar – Namur, Namur, Belgium (B)

The city of Namur is the capital of the province of Namur and of Wallonia, the French-speaking southern part of Belgium. It lies at the confluence of the Sambre and Meuse rivers.

It was founded in Celtic times on the small stretch of land in between the two rivers. The settlement grew bigger and developed into an important trading town during Roman times, with a large population of blacksmiths and potters. A while later, construction of the first Christian churches was begun. In the early Middle Ages and with the rise of feudal systems, a citadel, overlooking the city, was built on a rocky spur between the rivers.

During the Spanish reign over the Low Countries – 16th and 17th centuries – Namur developed into a Catholic stronghold and a military center from where the Spanish fought Protestantism (as part of the infamous Spanish Inquisition). In the following centuries the city suffered heavily in the hands of armies wanting to conquer the prosperous and valuable Low Countries. In order to reach wealthy Flemish cities such as Bruges, Ghent and Antwerp the armies always had to cross the Meuse River in the Namur region. (The citadel of Dinant played an important role here as well.) ...... (follow the instructions below for accessing the rest of this article).
This article is featured in the app "GPSmyCity: Walks in 1K+ Cities" on iTunes App Store and Google Play. You can download the app to your mobile device to read the article offline and create a self-guided walking tour to visit the attractions featured in this article. The app turns your mobile device into a personal tour guide and it works offline, so no data plan is needed when traveling abroad.