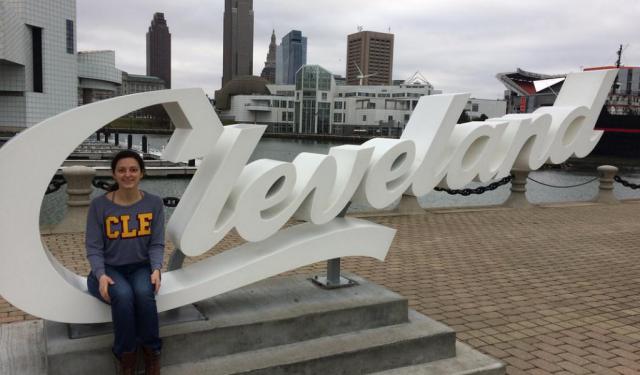 Throughout Cleveland's existence over the last 40 years, it has earned a title of many things, from being a boring rust-belt city to being a step-above Detroit. Like many midwest cities, the 1970's through the early millennial was rough, but now many midwest cities are making a comeback and are now "cool" and hip places to live.

Cleveland, like much of the east coast, is steeped with history. While wandering the friendly streets of the CLE, be sure to check out these historic sites and landmarks in Cleveland.

A 1932 statue of Abe Lincoln ws created by Cleveland sculptor Max Kalish. The statue stands in a plaza behind the Cleveland Board of Education Building and faces the Peace Memorial Fountain on the Mall. The statue was a gift of The School Children of Greater Cleveland in 1932.

Abe Lincoln did have some presence in Cleveland, especially once he passed. His body was sent to various cities in America and a memorial service was held for him in the Public Square's Old Stone Church. What is fascinating about the church is that it is the oldest building in Public Square, and second oldest church built in the city limits. The first church meeting began on the plotted land in June 1819, and in 1820 began a congregation.  ...... (follow the instructions below for accessing the rest of this article).
This article is featured in the app "GPSmyCity: Walks in 1K+ Cities" on iTunes App Store and Google Play. You can download the app to your mobile device to read the article offline and create a self-guided walking tour to visit the attractions featured in this article. The app turns your mobile device into a personal tour guide and it works offline, so no data plan is needed when traveling abroad.