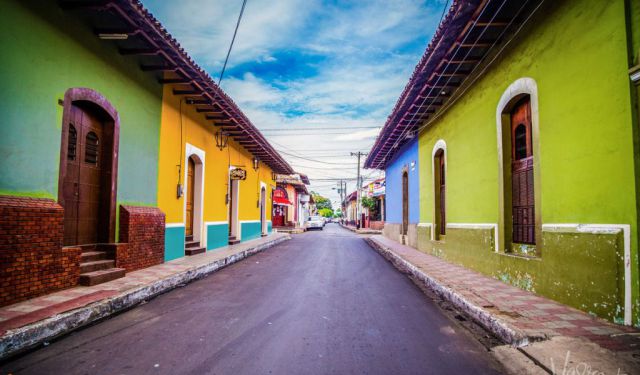 Best Things to Do in Granada Nicaragua, Granada, Nicaragua (B)

From touring the colonial city by morning to cruising the volcanic isletas of Granada on Lake Nicaragua in the afternoon. Mix it up a little with these great ways to spend one day in Granada.

Granada Nicaragua is a city that makes you go Awww as soon as you arrive. It is colourful, vibrant and screaming to be explored.

Start your day with a private tour of the beautiful colonial city. Sure, Granada is easy to explore on your own, but there are many things to see in Granada beyond the immediate city centre.

A private tour is not only cheap, but it will also take you a little further afield from the town centre, will usually include transport by horse-drawn carriage, and a bilingual guide can shed some light on the cities fascinating history.

Cost: Expect to pay around $25 USD pp for a 3-hour private tour. Tours include transportation (horse-drawn carriage), entrance fees and bilingual guide. We did this three-hour city tour.

Lined with brilliantly coloured horse-drawn carriages, the central plaza of Granada, Parque Colón is alive with bright cafe stalls, and vendors selling all kinds of stuff you kind of don’t want or need. This is the meeting place of Granada, the quintessential central square. ...... (follow the instructions below for accessing the rest of this article).
This article is featured in the app "GPSmyCity: Walks in 1K+ Cities" on iTunes App Store and Google Play. You can download the app to your mobile device to read the article offline and create a self-guided walking tour to visit the attractions featured in this article. The app turns your mobile device into a personal tour guide and it works offline, so no data plan is needed when traveling abroad.