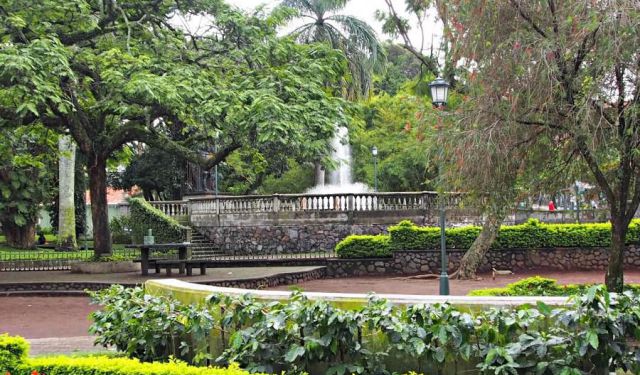 Best Things to Do in San Jose Costa Rica in One Day, San Jose, Costa Rica (B)

Most people arrive in Costa Rica and head straight for the beaches and rainforests. There’s plenty of reasons to stop in the capital and spend one day in San Jose.

We often have preconceived ideas about destinations, especially cities. San Jose may just surprise you. We were expecting an old colonial city, as you tend to find throughout Central America. A legacy of the Spanish, Dutch and English, but, San Jose is a young city compared to the rest of Central America.

Costa Rica has suffered many severe earthquakes over the years. While there are still some remaining examples of early colonial influence, you can see in the city landscape a capital that has forged ahead under its own identity to become one of the wealthiest and most prosperous countries in Central America. If you can spare a day en route to Costa Rica’s other more popular destinations, you might be surprised at what you find.

We can highly recommend taking a walking tour of San Jose. It’s the perfect way to get acquainted with a city in a short space of time. Start with a guided stroll down San Jose’s downtown and the Avenida Central – Central Walk. It’s a fantastic introduction to San Jose. There are loads of restaurants, hotels and shops, local street vendors, street musicians and performers. One of the best things to do in San Jose is mingle with the locals and experiencing local culture first hand. It is also a great starting point for reaching some of San Jose’s most popular landmarks. ...... (follow the instructions below for accessing the rest of this article).
This article is featured in the app "GPSmyCity: Walks in 1K+ Cities" on iTunes App Store and Google Play. You can download the app to your mobile device to read the article offline and create a self-guided walking tour to visit the attractions featured in this article. The app turns your mobile device into a personal tour guide and it works offline, so no data plan is needed when traveling abroad.