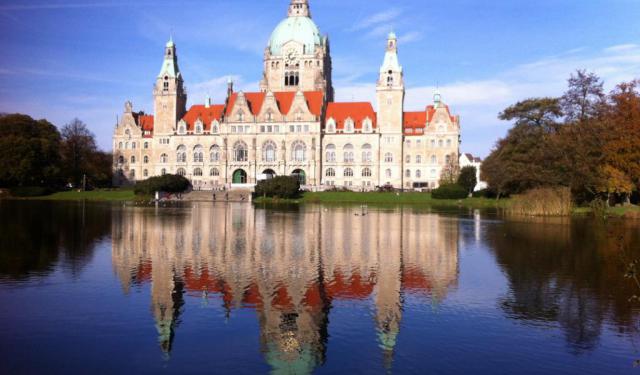 Hannover is my German “home city.” I lived there for nearly 1.5 years in 2014-2015, and during that time explored the various World War II sites in town. Many people do not realize that Hannover was demolished in World War II, being one of the most destroyed cities in Germany. The Weimar Republic ended once Hitler became of the Chancellor of the Reich on January 30, 1933. During the war, 88 air raids destroyed over fifty-percent of the city, with over 90% of the downtown destroyed. The first raid occurred in May 1940, destroying factories, residential communities and monuments. Downtown looks a bit like Dortmund with post war architecture, sadly that was rebuilt upon once beautiful medieval architecture. Even today, there are occasional bomb threats in Sudstadt where Nazis once planted bombs underground; thus, history still exists today. If searching for a bit of history while meandering Hannover, here are some interesting World War II sites you can’t miss.

The Rathaus is Hannover's city hall building. The bomb raids damaged the Rathaus, though not nearly as bad as other buildings in town. Inside, guests can look at models of the city's foundations as well as pre and post war city structure.  ...... (follow the instructions below for accessing the rest of this article).
This article is featured in the app "GPSmyCity: Walks in 1K+ Cities" on iTunes App Store and Google Play. You can download the app to your mobile device to read the article offline and create a self-guided walking tour to visit the attractions featured in this article. The app turns your mobile device into a personal tour guide and it works offline, so no data plan is needed when traveling abroad.