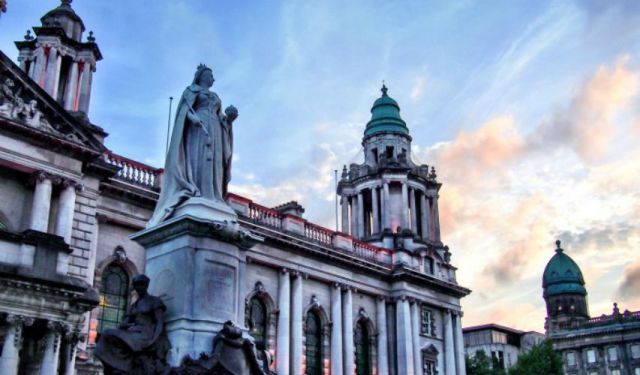 On my recent road trip around Ireland with Auto Europe Car Rentals I luckily got to spend a day touring Belfast. I say lucky as it has never been a city I felt I needed to visit. Turns out it not only warrants a stop but became one of my favourites in Ireland. With big boats, beer, and a random appearance on the BBC, how could it not be?

I already knew that the Titanic was built and set sail from here but had no idea that the manufacturing in Belfast goes well beyond that. As I found while touring the Titanic Belfast Museum, Northern Ireland’s capital was once home to the worlds largest ship building yard. This meant spending a good portion of my day touring Belfast wandering around the old H&W grounds and the Titanic Quarter. Don’t miss Titanic Belfast Museum (of course), strolling River Lagan paths, seeing the spot where the Titanic was built and launched from, and touring SS Nomadic – the steamboat used to shuttle passengers to the Titanic and the last of the White Star Line. ...... (follow the instructions below for accessing the rest of this article).
This article is featured in the app "GPSmyCity: Walks in 1K+ Cities" on iTunes App Store and Google Play. You can download the app to your mobile device to read the article offline and create a self-guided walking tour to visit the attractions featured in this article. The app turns your mobile device into a personal tour guide and it works offline, so no data plan is needed when traveling abroad.