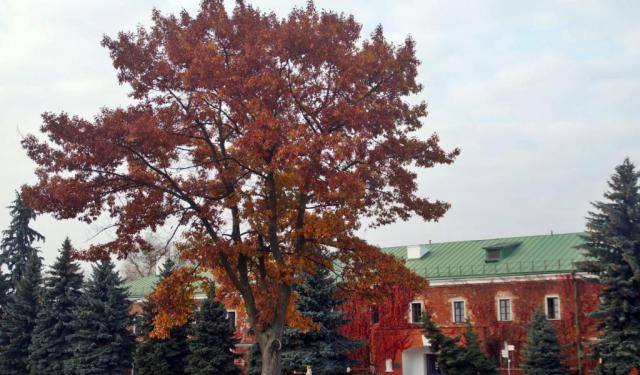 After many hours on a train from Minsk, I arrived in Brest at 8 PM on a Thursday evening, and went straight to my hostel to get some sleep, after having two nights of only four and five hours sleep (thanks to the Danes who persuaded me into having beers).

I had one main reason for going all the way to Brest, a city located 5 km from the Polish border and 350 km from Minsk, a good 4-hour ride on the train. I REALLY wanted to see the Belovezhskaya Pushcha National Park, which is part of Europe’s oldest forest, and also a UNESCO sight (my second one on this trip!). Before going to bed, I did a little bit of research and decided that I would catch the bus at 8.30 AM, arriving at 10 AM and then spend a good four hours in the primeval forest! Afterwards, I wanted to explore Brest for a few hours before heading back to Minsk.

Getting to the primeval forest was much easier than I had read online! I had actually read that most tourists don’t go there because it’s so hard to get there, so they go from the Polish side instead – but it’s absolutely no hassle at all! I just asked at my hostel for the times, walked to the bus station, got a ticket, got on the bus, drove for 1,5 hours and got dropped off at the entrance to the National Park. Simple as that. ...... (follow the instructions below for accessing the rest of this article).
This article is featured in the app "GPSmyCity: Walks in 1K+ Cities" on iTunes App Store and Google Play. You can download the app to your mobile device to read the article offline and create a self-guided walking tour to visit the attractions featured in this article. The app turns your mobile device into a personal tour guide and it works offline, so no data plan is needed when traveling abroad.