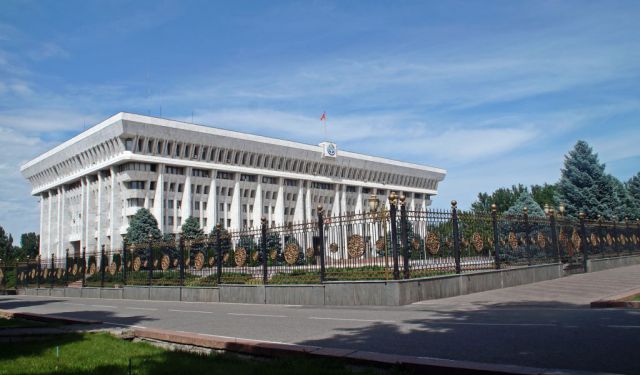 Bishkek: The Dynamic Capital of Kyrgyzstan, Bishkek, Kyrgyzstan (B)

After 16 wonderful days in Mongolia, it was time to leave and head to my next exciting destination: Kyrgyzstan! Whenever I had told people where I was heading next, I had been met with curiosity. Because Kyrgyzstan definitely isn’t a standard backpacker destination. I have, however, always been interested in the Central Asian countries (or “the Stan’s”, if you will), and thus chose Kyrgyzstan as my first Stan to visit because a visa is not required unlike all the other Stan’s.

Arriving in Bishkek, the capital of Kyrgyzstan, was an interesting experience. I boarded the full plane in Ulaanbaatar after much confusion, as the gate on my ticket had Istanbul as the destination. I found out that there would be a stopover in Bishkek, where a few of us would get off, before the rest continued on to Istanbul. I was worried about my luggage being sent all the way to Istanbul, but it turned out to not be a problem. I had never tried anything like this, but it makes sense when flying between such sparsely visited destinations. The flight was beautiful and I had great views of the Mongolian desert, the Altai Mountains, the vast steppe of Kazakhstan and finally, Kyrgyzstan. Four hours after boarding the plane, I arrived in Bishkek and met my friend Steve at the airport. ...... (follow the instructions below for accessing the rest of this article).
This article is featured in the app "GPSmyCity: Walks in 1K+ Cities" on iTunes App Store and Google Play. You can download the app to your mobile device to read the article offline and create a self-guided walking tour to visit the attractions featured in this article. The app turns your mobile device into a personal tour guide and it works offline, so no data plan is needed when traveling abroad.