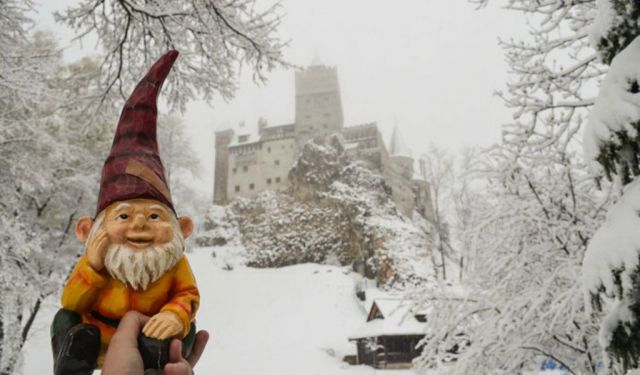 Bran Castle: A Worthwhile Visit If You Know What to Expect, Brasov, Romania (B)

Romania’s Bran Castle is well-known around the world for supposedly inspiring Bram Stoker’s Dracula. Spoiler alert: it didn’t. While a visit to Bran is a lovely trek out into the small towns and mountains of Transylvania, those who are looking for vampire lore at Bran Castle will probably be disappointed.

Bram Stoker’s Dracula has always been tangentially connected to ruthless Romanian ruler, Vlad the Impaler, whose full name was Vlad Dracula. The famed prince of Wallachia is known all over the world for killing thousands of people, typically by impaling them. Though he has a reputation for being monstrous, Romanians actually see Vlad as something of a hero for having driven off the Ottoman Turks and saving the Romanian Empire. His cruel and violent executions were actually seen as necessary to maintain independence and keep criminals at bay.

When writing the most famous vampire story of all time, Stoker came across this bit of history and thought Dracula might be an apt moniker for a bloodthirsty villain. The book was inspired by ancient Romanian folklore and superstitions about vampires. ...... (follow the instructions below for accessing the rest of this article).
This article is featured in the app "GPSmyCity: Walks in 1K+ Cities" on iTunes App Store and Google Play. You can download the app to your mobile device to read the article offline and create a self-guided walking tour to visit the attractions featured in this article. The app turns your mobile device into a personal tour guide and it works offline, so no data plan is needed when traveling abroad.