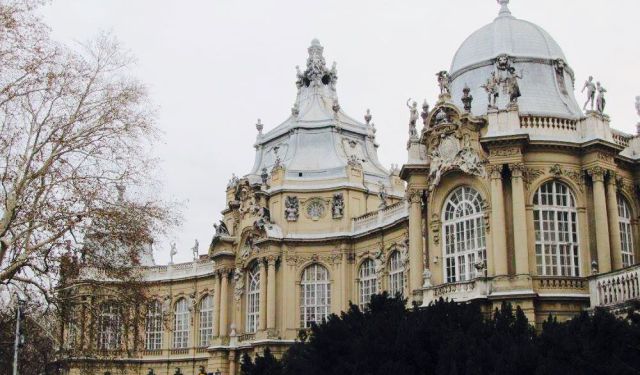 “The travel impulse is mental an physical curiosity. It’s a passion. And I can’t understand people who don’t want to travel.” – Paul Theroux

Budapest, Hungary has been by far one of the most interesting places I have traveled to. I really enjoyed it. Not only are the buildings super awesome, but the history is very intriguing and when you walk around Budapest, you can still see the scars of history left behind on the buildings which tells a story.

I wasn’t sure what to except as this was my first time to Hungary, but I left wanting to go back! It is now in my Top 5 favorite cities in Europe!

Some quick history: We enjoyed Budapest and the history so much, we spent several hours researching and reading a lot about the history of Budapest, the last King, WWII, Communism up until the current history. I really had no idea that Hungary had their own version of the “Nazis” before joining the Axis Powers, called the Arrow Cross Party. King Horthy who was the last Hungarian King was terrified of Communism and the Soviet Union and both the USSR and Germany were terrible powers. He decided to go with the lesser of two evils, Nazi Germany, only later realizing how terrible Germany was at that time. He later tried to side with the Allies, but was forced to abdicate after his son had been kidnapped by the Nazis. Nonetheless, his worst fear became true with the Soviets won Budapest and made it a Communist country up until 1989. ...... (follow the instructions below for accessing the rest of this article).
This article is featured in the app "GPSmyCity: Walks in 1K+ Cities" on iTunes App Store and Google Play. You can download the app to your mobile device to read the article offline and create a self-guided walking tour to visit the attractions featured in this article. The app turns your mobile device into a personal tour guide and it works offline, so no data plan is needed when traveling abroad.