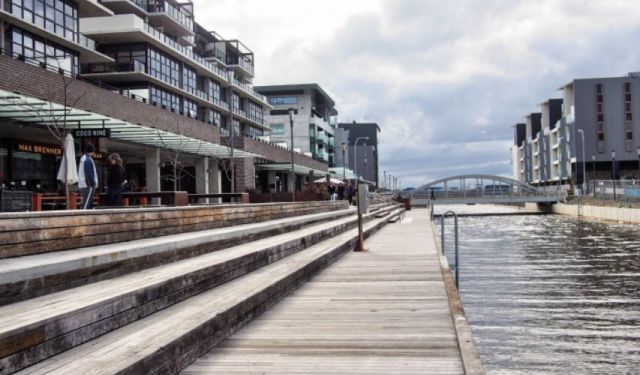 Canberra or Canboring? Let’s Find Out, Canberra, Australia (B)

Australia’s capital city was described to me as many things. Exciting wasn’t one of them.Dull, boring, and cold or any combination of those less-than-appealing words were usually the second thing out of any Aussie’s mouth when I told them I was heading that way. “You mean Canboring?” or “Why?” was always the first. With so much negativity around a place I was heading, I felt obligated to prove otherwise.

Cathal Kelly. Truth be told it was this jerk-head that really made me want to prove Canberra isn’t “Canboring.” This Toronto journalist had just written a hateful article slamming Edmonton, a city I lived in for 10 years, all because it was hosting the women’s World Cup of Soccer opening match and Toronto wasn’t. This article was so offside, whiny, hateful, and downright un-Canadian. I felt sick reading it. Leave the slamming to the outside world. Let us celebrate our own.

Anyway, Edmonton (or any city in Canada that is not Toronto) has had its share of negativity. It’s been called dull, boring, and cold. “You mean Deadmonton?” or “Why?” are usually the first words out of any Canadian’s mouth that I have told I used to live there. ...... (follow the instructions below for accessing the rest of this article).
This article is featured in the app "GPSmyCity: Walks in 1K+ Cities" on iTunes App Store and Google Play. You can download the app to your mobile device to read the article offline and create a self-guided walking tour to visit the attractions featured in this article. The app turns your mobile device into a personal tour guide and it works offline, so no data plan is needed when traveling abroad.