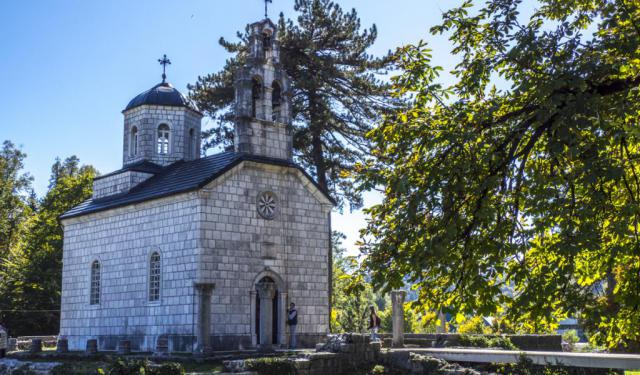 Cetinje Mixing Culture and Countryside in Montegnegro, Cetinje, Montenegro (B)

Fortified by the foothills of Mount Lovćen and protected by Lake Skadar it is no wonder King Nikola chose Cetinje as his Royal Capital in the Kingdom of Montenegro. He was the first and last king. His dynasty may have ended but his legacy of elegant buildings lives on.

Montenegro, once an autonomous province of the Ottoman Empire, emerged as an independent principality in 1798. But it was not until 1878 that its independence was recognised internationally. At that time Nikola I Petrović-Njegoš, then the sovereign prince became the king of the Kingdom of Montenegro. He ruled from 1910 to 1918 and Cetinje was his royal capital. International recognition of his kingdom heralded the arrival of ambassadors from other countries and the building of elegant embassies. Today these lovely buildings house museums and other important institutions. After the first World War Montenegro was incorporated in a new kingdom Yugoslavia. Due to its geographical location Cetinje was unable to respond to the needs of a modern capital city. Since 1946 Podgorica has been the capital city of Montenegro which regained its independence in 2006. Today Cetinje is still the supreme city in the hearts of many Montenegrins. ...... (follow the instructions below for accessing the rest of this article).
This article is featured in the app "GPSmyCity: Walks in 1K+ Cities" on iTunes App Store and Google Play. You can download the app to your mobile device to read the article offline and create a self-guided walking tour to visit the attractions featured in this article. The app turns your mobile device into a personal tour guide and it works offline, so no data plan is needed when traveling abroad.