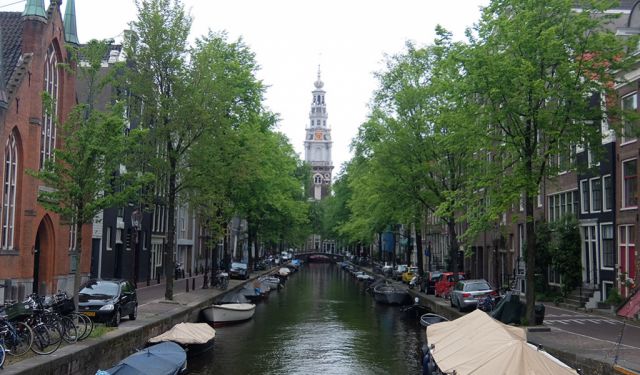 Amsterdam is a beautiful European city with its canal streets, cafes and stylish buildings. The churches are well-protected historical monuments and fascinating examples of medieval and renaissance architecture. Those beautiful monuments ornate the city from east to west and north to south with their domes and towers.

The churches of Amsterdam range from 100 to 800 years that most of them were constructed between 13th to 16th century when the city was growing and becoming wealthier. In those times, religion had a major role in daily life of the Christians and attending to the church was an obligation for the citizens. The churches were powerful and independent with their laws and taxes.

Nowadays, the religious services are still ongoing for most of the churches in Amsterdam. However, they are also popular places to visit, that attract many tourists every year and gives an idea about the history of the city. What most fascinates me is that they are places that are frozen in history, and whenever I visit the city, I want to learn more about the story behind of the churches of Amsterdam. ...... (follow the instructions below for accessing the rest of this article).
This article is featured in the app "GPSmyCity: Walks in 1K+ Cities" on iTunes App Store and Google Play. You can download the app to your mobile device to read the article offline and create a self-guided walking tour to visit the attractions featured in this article. The app turns your mobile device into a personal tour guide and it works offline, so no data plan is needed when traveling abroad.