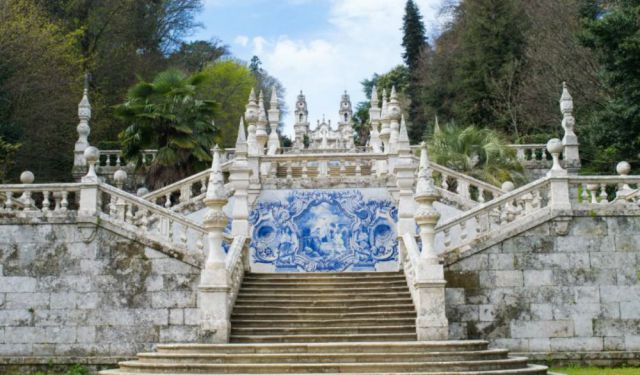 Often it can be a single image that inspires me to visit somewhere. This was indeed the case when I decided to visit Lamego, a small city in Portugal’s Norte Region. I’m not going to fault you for not having heard of it. Although it lies near the increasingly popular Douro Valley, Lamego is in a part of Portugal people simply don’t often visit.

One of the focuses of my trip to Portugal in April this year was to see more of the North and Central regions. When I realised that Lamego was close to my other intended destinations, I decided to make a day trip of it from the city of Vila Real. Here’s what I found during my visit to the delightful little city of Lamego.

A city of 26,000 people, Lamego has a history that dates back to the Romans. Despite tales of Visigoths, Moorish conquests and Spanish reconquests, Lamego’s biggest historical note regards the very founding of the kingdom of Portugal itself. It is said that it was in Lamego in 1139 that Alfonso I was crowned the first King of Portugal. Besides this history, Lamego has remained an important regional cultural centre, not least for its part in the now famous port wine growing region along the Douro Valley.  ...... (follow the instructions below for accessing the rest of this article).
This article is featured in the app "GPSmyCity: Walks in 1K+ Cities" on iTunes App Store and Google Play. You can download the app to your mobile device to read the article offline and create a self-guided walking tour to visit the attractions featured in this article. The app turns your mobile device into a personal tour guide and it works offline, so no data plan is needed when traveling abroad.