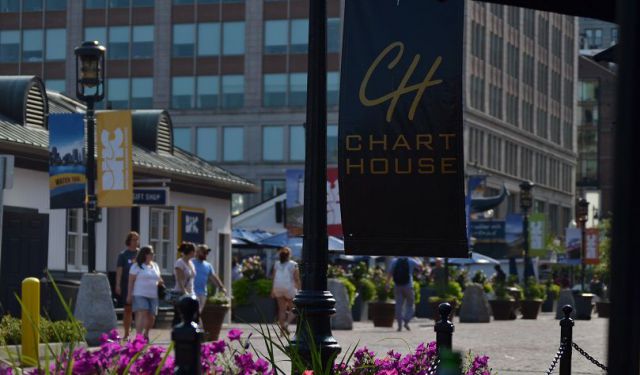 Day Trip: The Best of Boston, Boston, Massachusetts (B)

My goal this summer has been to visit cities across the U.S. that have been on my list for a while. My first stop was Seattle, where I caught a bird’s eye view of the city and devoured a delicious cup of seafood bisque. Next on my list was Boston. I knew very little other than what I learned from many viewings of “The Town”, which admittedly did not offer the best depiction. So, last week I decided to venture there with an open mind to see what the city had to offer. Below are some highlights from my recent day trip and what I found to be the best of Boston.

After landing at Boston Logan International Airport, getting to downtown Boston is a breeze. Simply hop on the free airport shuttle, which takes you to the train station known as the ”T”. A one way ticket is $2.75. Take the train “Inbound” towards Bowloin for 2 stops and get off at Aquarium.

Part of what makes Boston such a special city is its proximity to the water. Boston has an extensive waterfront featuring several restaurants, an aquarium, yacht clubs and the Christopher Columbus Waterfront Park as well as several lookout points and boat tours. You cannot visit Boston without spending time near the harbor.  ...... (follow the instructions below for accessing the rest of this article).
This article is featured in the app "GPSmyCity: Walks in 1K+ Cities" on iTunes App Store and Google Play. You can download the app to your mobile device to read the article offline and create a self-guided walking tour to visit the attractions featured in this article. The app turns your mobile device into a personal tour guide and it works offline, so no data plan is needed when traveling abroad.