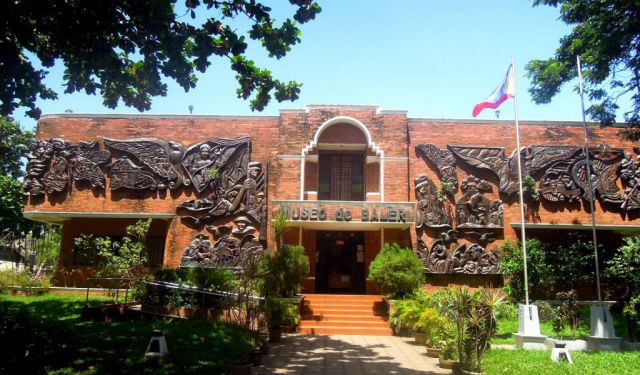 Just across the Aurora Aragon house is the Baler Church, the site of the Siege of Baler. It was a turning point in the history of Baler when Filipinos rose against Spanish colonizers. In the end, the Filipino troop emerged victorious.

The Museo de Baler provides an account of Baler’s rich history as well as artworks by local artists. Entrance fee is a minimal Php60 per head.

We drove to the nearby town of San Luis to see another attraction — a 600 year old Balete Tree standing proudly in the middle of the park. Before proceeding to have your photos taken, you have to pay a minimal entrance fee of Php10 per head.

There are personnel inside the park who can assist you with your photographs. They are very well-versed when it comes to using the Panorama setting of a smartphone or camera.

Our last stop was Ditumabo Falls, also known as Mother Falls, in the town of San Luis. Normally, tricycles and cars are allowed until the beginning of the trail to the falls. However, during our visit, the road was under construction so it was passable only by foot. Thus, we had to add an extra 30 minute trek to the actual 45 minute hike to the falls. At the start of the trail, do check out the small hydroelectric power plant which supplies electricity in Aurora. ...... (follow the instructions below for accessing the rest of this article).
This article is featured in the app "GPSmyCity: Walks in 1K+ Cities" on iTunes App Store and Google Play. You can download the app to your mobile device to read the article offline and create a self-guided walking tour to visit the attractions featured in this article. The app turns your mobile device into a personal tour guide and it works offline, so no data plan is needed when traveling abroad.