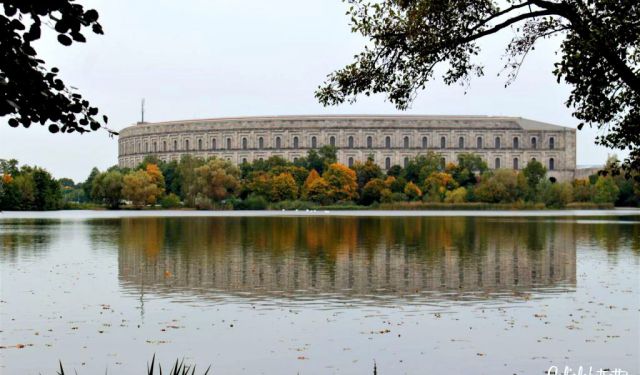 Most visitors to Nuremberg come for the beautiful historic city center loaded with bustling squares, canals and churches, the Kaiserburg castle perched on a hill overlooking the dog and most importantly, the Nuremberger sausages. Or they come for the greatest Christmas market in Germany! But not long ago, Nuremberg held a more sinister role in Germany’s history and there is so much more history beneath the surface of the city.

If you paid attention in your history class in high school, you probably remember learning that the Nuremberg Trials were held here after the defeat of Nazi Germany. High ranking Nazi officials were held on trial here for their crimes against humanity. It was no coincidence that the trials were held here, but as a matter of significance. Nuremberg played an important role in the rise and fall of Nazi Germany,3 and what you probably didn’t realize was that Nuremberg was once the “Stadt der Reichsparteiage” (City of Party Rallies) and to hold the trials here to demand justice for those who perished under this regime only seemed fitting.  ...... (follow the instructions below for accessing the rest of this article).
This article is featured in the app "GPSmyCity: Walks in 1K+ Cities" on iTunes App Store and Google Play. You can download the app to your mobile device to read the article offline and create a self-guided walking tour to visit the attractions featured in this article. The app turns your mobile device into a personal tour guide and it works offline, so no data plan is needed when traveling abroad.