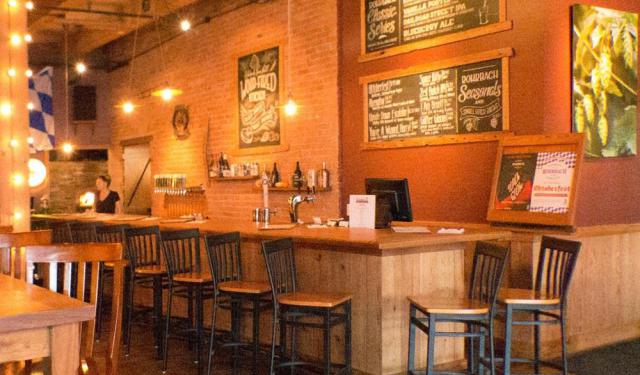 In keeping with its image as a hip and lively city, Rochester has a booming local drinks industry. It’s mostly craft beers, but you’ll find vineyards and distilleries too. And there are plenty of places to enjoy cocktails, both traditional and locally-crafted. In fact, I seem to have spent much of my recent visit drinking my way around Rochester!

With more than 20 breweries in and around the city, Rochester has been named one of the top cities for beer in the United States. A law passed in 2013 granted licences to small breweries who purchased most of their raw materials from local farms, and the business took off. What is astounding about the craft beer scene in Rochester is the level of experimentation and innovation, resulting in a massive variety of styles and flavours to suit every palate.

Our first stop was at Rohrbach’s, close to the Rochester Public Market. Founded in 1991 – when craft beverages were still largely unknown – the Rohrbach Brewery was the first craft brewery in Rochester. Visitors can choose from a range of ales and ciders – I enjoyed the blueberry ale – as well as delicious German and American food. You can also take a tour of the brewery (Saturdays 11am-4pm, every hour on the hour). ...... (follow the instructions below for accessing the rest of this article).
This article is featured in the app "GPSmyCity: Walks in 1K+ Cities" on iTunes App Store and Google Play. You can download the app to your mobile device to read the article offline and create a self-guided walking tour to visit the attractions featured in this article. The app turns your mobile device into a personal tour guide and it works offline, so no data plan is needed when traveling abroad.