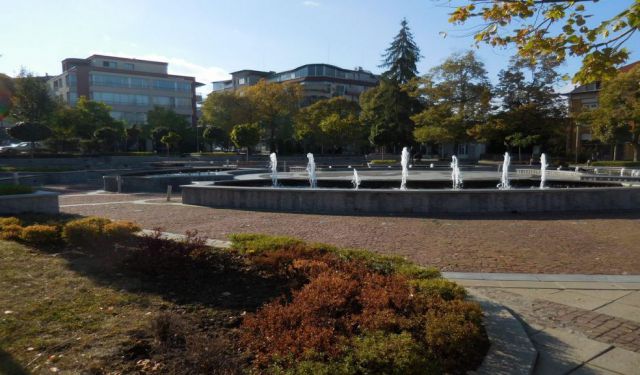 You have passed through/by a place over and over again, and you have never found it appealing. You have formed an opinion (almost always negative or at most neutral) of the destination and it won’t probably appear on your travel radar. Unless, you are shown to the place by a local. That’s what happened last weekend in Dupnitsa and I simply fell in love with the town.

The mountainous town of Dupnitsa (also spelt as Doupnitsa) is gently embraced by the drop-dead gorgeous Rila Mountain. Dupnitsa stands at around 60 km (37 mi) south of the Bulgarian capital Sofia. Despite that its population is just around 30,000, it is dotted with multitudes of drugstores which has earned it the nickname “the town of pharmacies”.

Another sobriquet of the town is “The Green and Shady Town” which is due to its location and the fact that it is lined with thousands of trees.

The modern name of the town also derives from its specific location – standing in a valley, hugged by hills and mountains. From a bird’s eye view, it resembles a hole (“dupka” in Bulgarian) – thus the name Dupnitsa. ...... (follow the instructions below for accessing the rest of this article).
This article is featured in the app "GPSmyCity: Walks in 1K+ Cities" on iTunes App Store and Google Play. You can download the app to your mobile device to read the article offline and create a self-guided walking tour to visit the attractions featured in this article. The app turns your mobile device into a personal tour guide and it works offline, so no data plan is needed when traveling abroad.