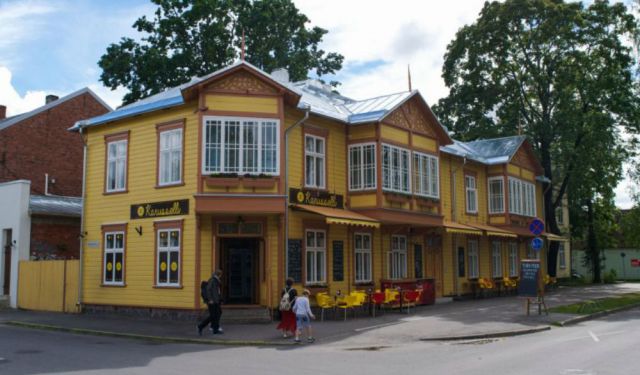 Embracing the Estonian Seaside in Parnu, Parnu, Estonia (B)

When people think of visiting the Baltic states like Estonia, its unlikely they think about spending much time by the beach. That’s more a southern Europe, Italy or Greece kind of thing right? As it turns out, the seaside city of Pärnu is one of Estonia’s more popular tourist destinations for exactly that purpose. Heading north out of Latvia, Pärnu was to be my first stop in Estonia and I was curious to see what the Estonian seaside was like in early August.

After spending several days exploring the castles and woods of the Gauja Valley in Latvia, I was looking forward to a sea change and a chance to see a different side to Baltic life. Pärnu really is a great choice to do just that, as the 4th largest city in Estonia but also one of it’s best summer holiday choices. My two days in Pärnu showed my why the city is so popular even if I what came across was different from what I was expecting in a beach trip.

Let’s start with the beach shall we? Separated from the city centre by a nice stretch of parkland is the Pärnu Rand, the main beachfront of the city. Right along the beach is a broad boulevard for walking and cycling as well as allowing access to a particularly nice hotel. There are also several spa resorts found within the parkland, as Pärnu is also quite well known as a spa town. As that isn’t really my kind of thing, I’ll have to take their word for it. ...... (follow the instructions below for accessing the rest of this article).
This article is featured in the app "GPSmyCity: Walks in 1K+ Cities" on iTunes App Store and Google Play. You can download the app to your mobile device to read the article offline and create a self-guided walking tour to visit the attractions featured in this article. The app turns your mobile device into a personal tour guide and it works offline, so no data plan is needed when traveling abroad.