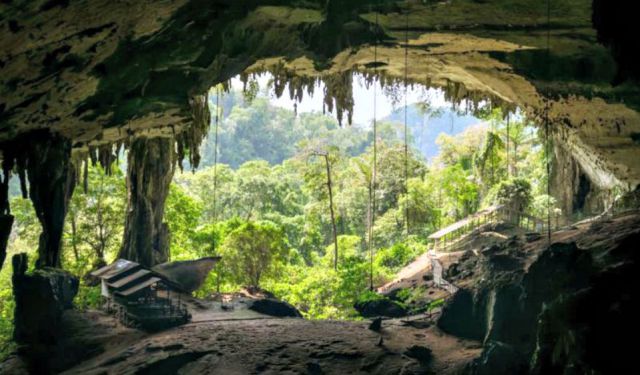 Situated on the northeastern coast of Sarawak (Malaysian Borneo) and near the border of Brunei, Miri is the second largest city in Sarawak. It came to prominence in 1910 when Shell drilled the first oil well in Malaysia on a hill (Canada Hill) in Miri. This oil well (known locally as “The Grand Old Lady”) is preserved as a monument and together with an adjacent museum, allowing visitors to understand the history of oil exploration in the area.

Visitors typically do not visit Miri as a travel destination by itself (except for scuba diving; see below). Instead, most uses Miri as a transit point to visit other well-known destinations nearby, including:

We had the chance of visiting Miri for a week in Mar-2016 and below is a write-up on the interesting points that potential visitors should know.

Miri City Centre is small enough to be explored on foot. The landscape is relatively well maintained while serviced by wide and brightly lit roads. The presence of foreign oil companies ensures that the city is populated with a reasonable size of expatriates. The resulting infusion of a diversified populace gives Miri a vibrant and modern feel. ...... (follow the instructions below for accessing the rest of this article).
This article is featured in the app "GPSmyCity: Walks in 1K+ Cities" on iTunes App Store and Google Play. You can download the app to your mobile device to read the article offline and create a self-guided walking tour to visit the attractions featured in this article. The app turns your mobile device into a personal tour guide and it works offline, so no data plan is needed when traveling abroad.