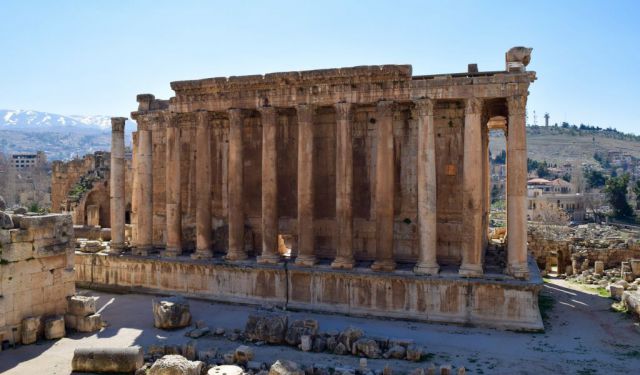 Exploring the Ancient City of Baalbek & the Ksara Winery, Baalbek, Lebanon (B)

At at the foot of the fertile Bekaa Valley, a renown wine region of Lebanon, stands the Phoenician city of Baalbek.

Known as Heliopolis by the Greeks, Baalbek is one of the best preserved ancient cities in the Middle East, and its impressive constructions are one of the best examples of the Imperial Roman architecture.

During my last visit to Lebanon, I decided to explore this UNESCO Heritage Site, and visit on the way the Château Ksara, one of the most famous wine wineries of the Middle East.

Located only 10km away from the Syrian border and famous for being a stronghold of Hezbollah, is it really safe to visit Baalbek?

Baalbek is located about 90 km northeast of Beirut, however, the roads aren't the best, so it will take you a good couple of hours to make it there. If you're travelling on your own, the best option is to hire a car or take a taxi, as public transport isn't the best in that area. You can still get a local bus departing from Beirut that will leave you in the modern town, just a few meters away from the ruins.  ...... (follow the instructions below for accessing the rest of this article).
This article is featured in the app "GPSmyCity: Walks in 1K+ Cities" on iTunes App Store and Google Play. You can download the app to your mobile device to read the article offline and create a self-guided walking tour to visit the attractions featured in this article. The app turns your mobile device into a personal tour guide and it works offline, so no data plan is needed when traveling abroad.