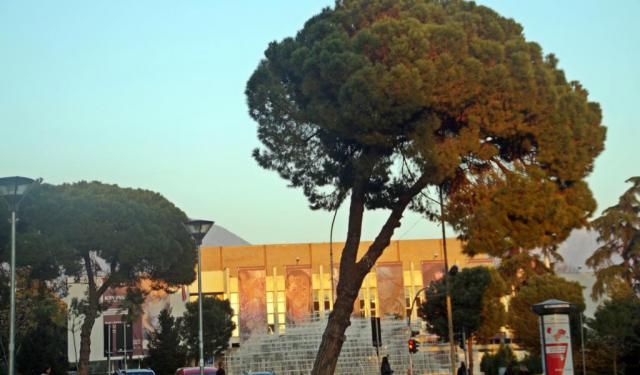 Exploring Tirana: the Most Colourful European Capital, Tirana, Albania (B)

On the morning of my last day in Albania, I caught a bus from Berat to Tirana, the country’s colourful capital. I was excited to explore the city that I had heard so much about from other travellers (some were more excited about it than others). I had heard about all the colours of the city, so I was expecting colours, and colours was exactly what I got! There isn’t much left that testifies the communist era from 1946-1992, when the country had a reputation for its Stalinist style og state administration, which was dominated by Enver Hoxha and the Party of Labour of Albania, as most of the buildings in Tirana have since been painted in vibrant colours, and most of them a different colour than the buildings next to them, allowing you to see a beautiful rainbow wherever you go in the city.

Back when Enver Hoxha ruled the country, travel and visa restrictions made Albania one of the most difficult countries to visit, but thankfully that has since changed, and I was able to explore the country visa-free! I still got many stares though, probably mainly because of the camera around my neck, so I’m sure Albanians still aren’t used to seeing travellers in their country. ...... (follow the instructions below for accessing the rest of this article).
This article is featured in the app "GPSmyCity: Walks in 1K+ Cities" on iTunes App Store and Google Play. You can download the app to your mobile device to read the article offline and create a self-guided walking tour to visit the attractions featured in this article. The app turns your mobile device into a personal tour guide and it works offline, so no data plan is needed when traveling abroad.