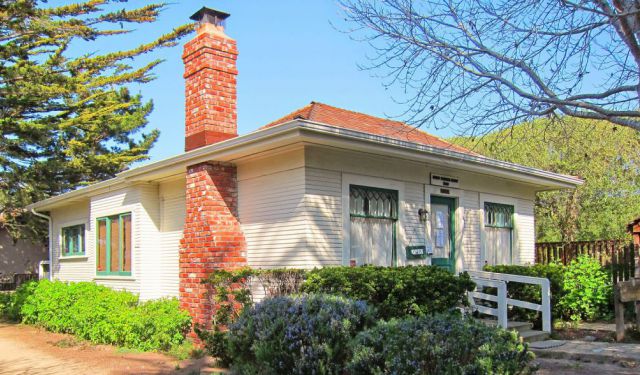 Born on June 26, 1885, Michael J. Murphy was one of the twelve children of Michael and Emma of Minden, Utah. He grew up on the family cattle and horse ranch in Utah until his father’s untimely death in a horse accident in 1893.

The ranch became too much for Emma and her five unmarried children, so she moved the family to Los Angeles. Here Michael learned the trade of carpentry.

In 1900 Emma learned of a small settlement starting up near Monterey, called Carmel-by-the-Sea and decided to take Michael and his ten year old sister Myrtle north for a visit. They traveled by train to Monterey and then took a stagecoach over the hill to Carmel.

In 1902 Mr. Murphy built his first home, for his mother and sister. By 1904 he had become associated with Franklin Devendorf as a builder for Carmel Development Company.

Franklin Devendorf had purchased much of the land in Carmel and was subdividing and selling the parcels. He wanted to sell the lots with homes. So in 1903 Devendorf ordered 100 "portable houses," to put on the lots he had for sale. What was delivered however, were 100 doors. ...... (follow the instructions below for accessing the rest of this article).
This article is featured in the app "GPSmyCity: Walks in 1K+ Cities" on iTunes App Store and Google Play. You can download the app to your mobile device to read the article offline and create a self-guided walking tour to visit the attractions featured in this article. The app turns your mobile device into a personal tour guide and it works offline, so no data plan is needed when traveling abroad.