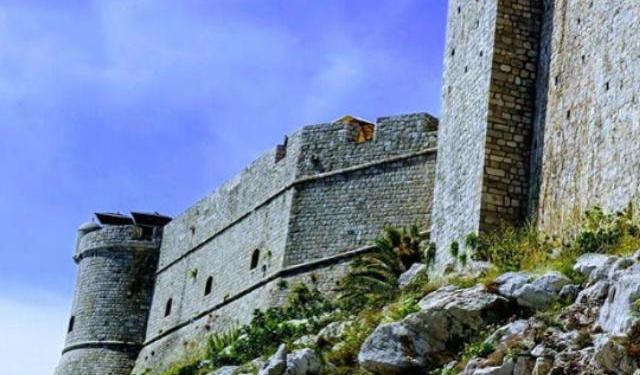 Along the glorious coast of the Adriatic Sea lies the Croatian City of Dubrovnik. Although its population is less than 50,000 inhabitants, this city draws in more tourists than they can count. The historical part of this charming city has tourists gazing at stunning old palaces and a large Cathedral.

This year marks the 41th anniversary of Dubrovnik officially joining the UNESCO list of World Heritage sites. It is no wonder the director and producers of Game of Thrones chose this city for filming its drama. That’s right, your eyes didn’t deceive you. You most certainly read that Game of Thrones had filming locations in Dubrovnik as well as other parts in Europe. So lets dig deeper into the highlights and charming aspects of this ”King’s Landing”, which we arrived here on Day 21 of our #50Days15Countries Balkans Road Trip.

Dubrovnik is situated in the county of Dubrovnik-Neretva in Croatia. This city stands at an elevation of 10 ft and has a total mass area of 8.2 square miles. Sure, you might be thinking this is a small land mass, how can Game of Thrones be filmed there? Not to worry, there are plenty of filming locations throughout this city. This “walled in” city is one of the most beautiful cities along the Mediterranean Sea. Its seaport mimics that of Old-World cities such as Venice. If you are backpacking through Europe, you can catch a bus or train to this stunning city. There is an airport south of Dubrovnik that allows for travelers around the world to catch of glimpse of official Game of Thrones filming locations. ...... (follow the instructions below for accessing the rest of this article).
This article is featured in the app "GPSmyCity: Walks in 1K+ Cities" on iTunes App Store and Google Play. You can download the app to your mobile device to read the article offline and create a self-guided walking tour to visit the attractions featured in this article. The app turns your mobile device into a personal tour guide and it works offline, so no data plan is needed when traveling abroad.