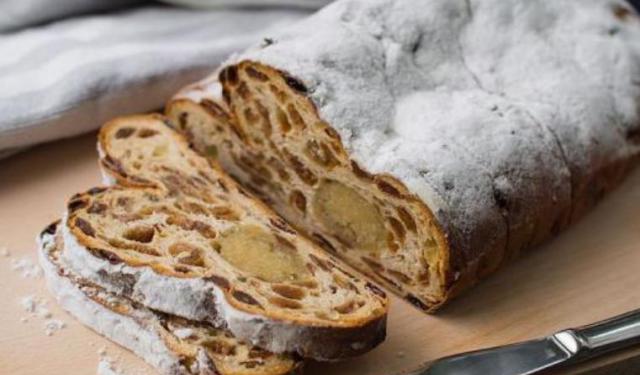 Going Dutch On Sweets And Pastries, Amsterdam, Netherlands (B)

Quite similar to the American donuts, Dutch-made olibolen (“oil balls”) dumplings have been known for centuries as a prominent part of the Dutch cuisine. Today, these deep-fried dough balls serve as a traditional snack served for Christmas and New Year. Unlike donuts though, their doughiness is enhanced with pieces of apple or raisins (sultanas) or some other dried fruit (currants, pieces of orange), sometimes lemon zest or succade (candied fruit) or whipped cream are also added, plus an obligatory cover with plenty of sugar icing or powder. Oliebollen are rather easy to make – a scoop or two of dough (made of eggs, yeast, salt, flour, milk and baking powder) dropped into a deep fryer full of hot oil, and that's it. To make the best of your oliebollen, try and eat them either fresh hot from the fryer, or cold, with a cup of coffee.

Appeltaart, a traditional Dutch apple pie, classic of all the Dutch delicacies, is nothing like an American apple pie or French apple tart, or even the Dutch apple pies found outside the Netherlands. The locals pack it with massive chunks of caramelised apples flavored with Speculaaskruiden (speculaas spices incl. cinnamon, clove, ginger, cardamom, anise, etc.), plus sugar and lemon juice, as well as, sometimes, raisins, currants and almond paste; and top it all off with a lattice of crumbly, breaded pastry strips. The pie boasts a thick, cake-like crust, with bottom and edges made of sweet cakey dough. The sorts of apple used for appeltaart are Elstar, Gala and Goudreinet, as they are crispy and not so sweet. This chewy buttery pie, tender yet crunchy, literally melts in your mouth, and is commonly served with a dollop of met slagroom (thick Dutch-style whipped cream) or vanilla ice cream, and a cup of coffee. ...... (follow the instructions below for accessing the rest of this article).
Image Courtesy of Takeaway.
This article is featured in the app "GPSmyCity: Walks in 1K+ Cities" on iTunes App Store and Google Play. You can download this article for FREE and read it offline on your mobile device.